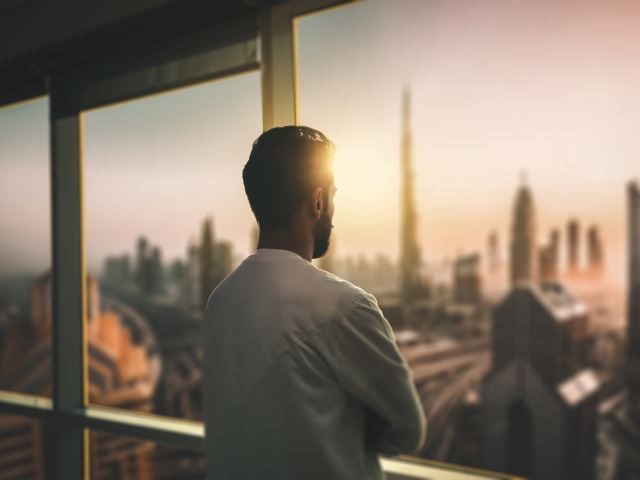 What Web3 Can Bring to the Digital Workplace

While the future of Web3 is still not entirely clear, it appears as though it is here to stay regardless of what critics say. In fact, according to recent reports Google has created a dedicated blockchain unit that will undoubtedly be looking at not just the metaverse, but also Web3. This points to the fact that big tech is now starting to invest heavily in Web3.

While there are literally dozens of potential ways a new distributed system could be applied and used to develop new technologies for enterprises, the big question is whether Web3 has any use in the enterprise and whether it can enable and improve the processes and workflows that make up the digital workplace.

Related Article: What Is Web3 and What Does It Mean for the Workplace?

Web3 in the Workplace

Greg Osuri is CEO of San Francisco-based Akash Network, a distributed peer-to-peer marketplace for cloud compute. Web3, he explains, is the next generation of the web. It is defined by a set of open, trust-minimized, and decentralized networks and protocols that offer, digital services such as compute, storage, bandwidth, finance, and identity with no intermediaries. It emphasizes the decentralization of power, decision-making, and centralized technological choke points. It enables personal ownership of ideas, assets, and digital identities.

The web began as an open decentralized system that lets anyone in the world communicate and exchange value without middlemen, but it wasn’t easy to use. Web2 came in and filled that gap, in doing so creating middlemen that captured immense value that oversaw the birth of surveillance capitalism that immensely enriched a few rent-seeking landlords. “Web3 is the answer to the over-centralization that Web2 led us to, with a goal to bring back the core principles of the original Web while disrupting the middlemen,” he said.

At least superficially, Web3 provides a level of freedom in managing workloads that has not been available to date, Zenyk Matchyshyn, chief architect for the digital enterprise at New York City-based Capgemini Engineering said. He explains that applications are distributed across the web, rather than having a single point of failure. This creates opportunities to run private networks or public ones, with no site being a controlling factor. “With Web3's influence, workplaces may look, feel, and operate in vastly different ways than we're used to today,” he added.

Related Article: The Revolt Against Institutions Is 2021's Defining Story

While conversational interfaces are not part of the official idea of Web3, they will play a critical role in the digital workplace of the future to make AI more effective and simplify interactions. The result will be increased automation and AI use, since it can be combined with blockchain, improving overall trust in the technology. In Web3, securing the digital workplace will also be less of an issue, because the design makes it far easier to identify each step of activity as it's taking place.

Web3 Decentralization, Openness and Security: How Does This Work?

As an evolution and improvement of Web2.0, Web 3.0 is built upon the concepts that involve decentralization, openness, and greater user utility. While the current internet/web in Web 2.0 focuses more on applications, Web3 transforms the internet into a more consumer-focused system with great user utility, experience, and privacy.

The system also uses blockchain technology on the internet, Victoria Mendoza the CEO of New York City-based MediaPeanut, explained. The result is that data is decentralized and allows for more transparency in how companies use this data. With improved transparency, the internet is protected from breaches and safer from other threats. This will make Web3 a game changer in the workplace.

The early use of the technology is already creating an improved web experience. “Web 3.0 allows for simplified log-in to websites using blockchain technology,” he said. “What’s more interesting here is that all user information you feed into most sites are no longer owned by companies but by the consumers. It democratizes data ownership in some way.” The result is better cybersecurity. Web3 blockchain technology makes it difficult for hackers to access information due to end-to-end encryption. Even better, provides an added layer of security to the company’s website.

This decentralization is enabled by the role of blockchains, which facilitate the concept of decentralization and token-based economics for the infrastructure of various organizations, Jonathan Tian, co-founder of San Francisco-based Mobitrix, said. It is a distinctive approach in which organizations can build their financial assets in tokens and offers three principal advantages to the digital workplace.:

How Will Web3 Evolve?

All of this depends entirely on the fact that Web3 will be a decentralized iteration of the existing web and that it will remain as such. However, that seems unlikely given the interest it has stirred across Bit Tech companies.

You don’t own “web3.”
The VCs and their LPs do. It will never escape their incentives. It’s ultimately a centralized entity with a different label.
Know what you’re getting into…

Already Jack Dorsey, the former CEO of Twitter, has stirred up the debate by tweeting “You don’t own web3. The VCs and their LPs do. It will never escape their incentives. It’s ultimately a centralized entity with a different label.” Tesla CEO Elon Musk has also waded in with a tweet which: “Has anyone seen web3? I can’t find it.”

It is early days yet, but already companies like Google and Amazon are pumping considerable resources into exploiting blockchain and Web3 environment. In these circumstances it seems improbable that Web3 will never be able to exist except as a centralized evolution of Web2.0.