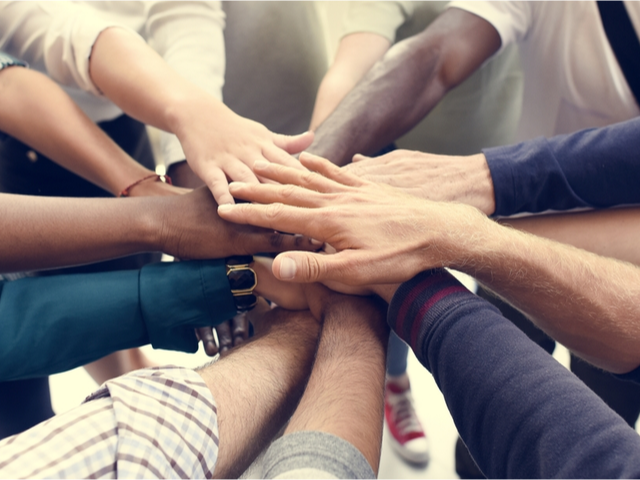 4 Ways to Embrace the Challenges of Diversity in the Workplace

The workplace of today is a multifaceted environment, with people from every walk of life. Most business leaders agree that diversity in the workplace is a positive element, but there is still a large disparity within the IT industry between what we know to be true, and what we are actually seeing in the workplace. Diversity is not a utopian ideal to be studied and considered, but rather an essential part of every successful, profitable enterprise.

Diversity in the workplace was a phrase used to only refer to gender, race and ethnicity, but today it also embraces the concept of working with people of different ages, educational backgrounds and technical aptitudes, religious and political beliefs, socioeconomic backgrounds, sexual orientation and identity, social cultures, disabilities and languages.

Business leaders who encourage diversity within their enterprise are likely to face challenges, but in the long term, the business will evolve to embrace the positive characteristics that a diverse and inclusive workforce brings with it. An evolving, innovative business is one that thrives, with increased profitability and more resilience. As Josh Miller, Technology Directory for the national IT talent recruitment agency i.c.stars, stated, “Without leadership’s embrace of diversity and inclusion, the organization will suffer from singular mindsets, initiatives, products, and solutions — all out of alignment with the needs of a diverse customer base, flat growth, and decreasing profits offset by employee consolidation leading to poor moral and further attrition.“

Understand the Benefits of Diversity In the Workplace

Aside from just knowing that they are doing what is right, the fiscal benefits of a diverse workplace are many. Having people within the business who come from diverse backgrounds brings innovation, new perspectives, and plays a role in creating enterprises that are more resilient to financial instability.

According to research from Great Place to Work, well-recognized experts on workplace culture, during the recession of 2008, publicly-traded companies with highly inclusive workplaces not only survived, but actually gained a return on their stocks that was four times greater than the S&P 500. Irrespective of economic downturns, businesses that embrace diversity have more than three times the revenue growth than businesses that do not.

Among the assets that diversity brings are a greater empathy for others, more innovation, creativity, flexibility, versatility, increased productivity, less employee turnover, a broader skillset, a wider range of cultural insights and perspectives, and a heightened sense of employee engagement. Miller agrees, adding that, “lower attrition, increased loyalty, improved corporate culture, etc. are all excellent examples of organizational outcomes of embracing diversity.”

Recognize the Challenges of an Inclusive Workplace

When asked about a lack of diversity within a business, Lauren deLisa Coleman, author, digi-cultural trend analyst and speaker at the upcoming QSP Summit 2020, stated that businesses that fail to embrace diversity have a “less competitive advantage and holistic understanding of the marketplace.” For those companies that are making an effort to embrace diversity and inclusiveness, Coleman believes that open communication between groups will facilitate greater change, “I think the biggest challenge (within large organizations) is various age and lifestyle demographics who have different behavioral patterns and different values around tech trying to come together to move as a unit.” Working with different perspectives through diversity brings innovation, but being able to apply it to action isn’t as easy, as Coleman points out, “Essentially the biggest challenge is consensus and innovative means and definitely speed of applying it all!”

Miller put it another way, as he believes that the problem is changing the way the corporate establishment looks at hiring practices, stating that “Overcoming an antiquated and change resistant approach to sourcing human capital is the biggest challenge facing an enterprise when it pertains to embracing diversity.”

Although the IT industry is well aware of the benefits of diversity and inclusion within the workplace, and is generally a very politically correct environment, the fact is that it is still largely dominated by white males. Though we are now seeing more women and minorities in enterprise companies, there is still an inherent bias present in hiring practices. Asked about how the hiring practices should be framed, Miller stated that he believes that it should be, “a recruitment process aligning the organizations’ values/mission/vision with employees’ aptitude, ambition, motivation, and drive.” His understanding is that “the effort required to transform a series of checkboxes and database filters to one that focuses on aptitude, ambition, motivation, and drive requires strong leadership from management as well as a sense of ownership and buy-in from the front-line employees tasked with implementation.“

Speaking to Coleman about the issue, she sees the problem as endemic in typical corporate structure due to the silo effect. “The definition of a corporation is to move as one body so each cog seems to only work within his/her own realm. If you ask someone who even handles something else, it's rare that they truly know and how it all works together past a step or two/department or two.” She believes that diversity is a stated ideal of most IT workplaces, but as she puts it, “digital culture very well encourages that [diversity], but it is not utilized. In small companies, it is much more likely.” A recent ad on LinkedIn in which Google was looking for a Technical Writer included the following diversity statement:

“At Google, we don’t just accept difference — we celebrate it, we support it, and we thrive on it for the benefit of our employees, our products and our community. Google is proud to be an equal opportunity workplace and is an affirmative action employer. We are committed to equal employment opportunity regardless of race, color, ancestry, religion, sex, national origin, sexual orientation, age, citizenship, marital status, disability, gender identity or Veteran status. We also consider qualified applicants regardless of criminal histories, consistent with legal requirements. See also Google's EEO Policy and EEO is the Law. If you have a disability or special need that requires accommodation, please let us know by completing this form.”

Other enterprise businesses, such as Automattic, parent company of WordPress, also publicly embrace diversity, and state that:

“We believe that the more perspectives we embrace, the better we are at engaging our global community of users and developers. We want to build Automattic as an environment where people love their work and show respect and empathy to those with whom we interact. Diversity typically includes, but is not limited to, differences in race, gender, sexual orientation, gender identity or expression, political and religious affiliation, socioeconomic background, cultural background, geographic location, physical disabilities and abilities, relationship status, veteran status, and age. To work on diversity means that we welcome these differences, and strive to increase the visibility of traditionally underrepresented groups.”

Google, along with Facebook, Microsoft and Apple each file a “diversity report” each year that details the increase or decrease in the diversity of its employees. Google’s most recent diversity report, filed in April of 2019, showed that it has certainly made progress in diversity practices. White males are still the largest demographic group that is employed by Google.

In Miller’s eyes, that is typical, as he says that “I have yet to come across a mission/vision statement of an organization that translates into the prerequisites so commonly used to filter out potential candidates.” He believes that it’s all about hiring practices, adding that “Without a doubt, the current method of establishing job requirements, prerequisites, and qualifications is inherently prejudiced and ultimately results in a monochromatic, college educated white male talent pool; this is statistically a factual reality.” That said, Google has been steadily hiring more women and people of color for leadership roles over the last few years, which is vital. The IT industry needs to walk the walk, not just just talk the talk.

Talking About Embracing Diversity: What’s Not Being Said

Often, the solution to a problem actually lies in what is not being said, the elephant in the room. With a large media focus on diversity, embracing those who are not like us, being inclusive and accepting, we are very aware of why embracing diversity is the right thing to do, what the benefits are, and how it needs to be applied. What we don’t talk about is why some are not necessarily against diversity, but rather, they feel threatened by it.

These are, as Coleman puts it, the “the psycho-social concerns and biases that prevent or slow down diversity,” and they include touchy concerns such as “one demographic being overtaken by another.” These are discussions that are heard at the water cooler, or in the elevator, rather than in statistics or studies, but they need to be brought into the light where they can be rationally addressed. “This is what now needs to be examined and integrated into the diversity conversation.” Indeed, as nothing changes by just thinking about it — sociological change takes active discussion, practical consideration, and then action.

The changes in hiring practices that we’ve seen over the last 20 years have been considerable, and we are making real progress, but they are far from over. The workplace of tomorrow is likely to be unlike anything we can imagine, both technologically and in terms of diversity and inclusion. Our diligence and focus on diversity today can help to create a workplace where everyone is offered an opportunity to succeed, based on merit and the application of integrity, regardless of their differences, or perhaps even because of them.

Thriving in Turbulent Times: The 5 Leadership Superpowers – The Present Futurist