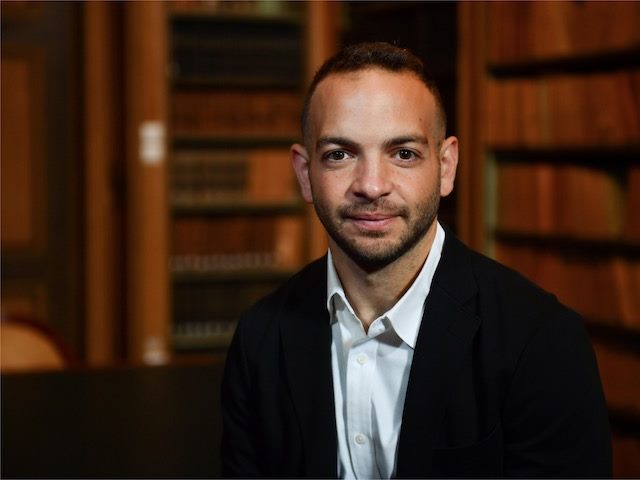 Alex Kantrowitz has long been on a quest to dig into unexplored stories about some of the most successful technology companies in the world. In his recent book, "Always Day One: How the Tech Titans Plan to Stay on Top Forever," Kantrowitz interviewed over 130 insiders at Amazon, Facebook, Google, Apple and Microsoft to reveal their workplace blueprints for sustainable success in a hyper-competitive landscape.

“These leaders operate in a radically different way than traditional companies,” he said. “I’m just at the tip of learning about their cultures, but it’s amazing to be able to just pick up the phone, ask anyone any question and realize how much knowledge is out there.”

What Separates Leading Companies From Others?

Kantrowitz studied industrial labor relations at Cornell, but pivoted to the advertising business after graduating mid-recession in 2009. After covering the industry for AdAge, he joined BuzzFeed and moved to the Bay Area in 2015.

“Almost all the new money in digital ads was going to Facebook, Google and other companies, so I wanted to be where the action was,” he said. After five years of close contact with leading technology companies, he realized other companies could learn a great deal about what makes the work culture of these titans so successful. “I wanted to report deeply on the things I was seeing and hearing about,” he said. Kantrowitz left BuzzFeed in June to launch his own newsletter, "Big Technology."

Kantrowitz will be a speaker at Simpler Media Group’s Digital Workplace Experience, which takes place Oct. 13-14 in Huntington Beach, Calif. We spoke with him about “Always Day One” and what digital workplace leaders can learn from the culture of the technology giants.

'Give Employees More Time to Invest in Inventing'

CMSWire: How did the idea for “Always Day One” emerge?

Kantrowitz: The seed of the idea came from a 2017 meeting with Mark Zuckerberg. As a reporter, I take a lot of meetings with CEOs, which usually means the CEO talks for 25 minutes, allows 5 minutes for questions and then doesn’t answer any of your questions.

Instead, when Zuckerberg walked in, the first thing he told me and my bureau chief was that he wanted to hear our feedback. He was more interested in learning from us than selling what he was talking about. I thought that was unusual. I asked people in the Facebook orbit what this feedback thing was all about. It turns out it is built into the core of what Facebook does. There are major meetings about it, there are requests for it and there are posters on the wall that say feedback is a gift. That clued me into the fact that the way the leaders of these companies run might be different than the way things were done in the past. That led to a process of discovery where I asked questions like “How does your company work?” hundreds of times.

CMSWire: What does the title refer to?

Kantrowitz: The title came from a phrase Jeff Bezos uses. “Always Day One” is a call to his employees to always be inventing — new products, business lines and services — as if it’s the company’s first day. The idea is that legacy products don’t matter. Companies need to invent the future with little regard on how it will impact the current business. Amazon reinvented itself over and over again. It went from being an online bookstore to a website that sells everything on the internet. It became a thriving third-party marketplace, cloud services powerhouse, academy award-winning producer, voice-computing platform, successful hardware manufacturer and grocer.

This is a culture that is built. It’s an intentional structuring of the way the company operates internally. And what I found is that it is not just Amazon. This insight extends across technology giants. My goal was to go inside all the cultures of invention at these companies. My hope is that people will be able to learn the lessons and then implement them in a way that makes the most sense in their workplace.

CMSWire: What is the playbook of the tech giants when it comes to workplace culture?

Kantrowitz: One, it is about minimizing all possible support work they can to make room for employees to come up with new ideas. Two, it is about building systems inside companies to make sure that good ideas get to decision makers. Inside these companies, anyone can come up with ideas and bring them to life.

CMSWire: What can all digital workforce leaders learn from the culture of today’s tech giants?

Kantrowitz: The one main lesson is that for most successful companies, building technology into the workplace is not about efficiency. It is all in service of invention, to build new services and processes, even internal ones, to serve customers better and get ahead of competitors that aren’t burdened by legacy products.

For digital workforce professionals, it’s important to keep in mind that the most effective use of technology is to give employees more time to invest in inventing. If companies orient themselves around making the best use of their workforce, companies will thrive.

CMSWire: If Day One is about constant reinvention, how do you describe Day Two?

Kantrowitz: Day Two is stasis, followed by irrelevance, followed by painful decline. It is holding on to your current assets and trying to milk them for all their worth. Microsoft so prized its Windows business, for example, that it didn’t let itself think of anything else besides making the most money from Windows and, as a result, it missed the mobile revolution. Once the company returned to Day One and built out the cloud segment of Microsoft’s business, it returned to relevance.

CMSWire: What was your favorite interview in Always Day One?

Kantrowitz: Probably Mark Zuckerberg. At the very end of the process, I spoke to him one-on-one and discussed some of the things I learned along the way. I was very intent on getting his take, but it was also fun to take some stories I had heard about him and run them by him. One of the things people don’t know is that he is a pretty voracious user of other social products. He told me he uses Snapchat. And when Facebook was trying to figure out whether to build a dating service, he started using other dating apps with his own picture (with his wife Priscilla Chan’s knowledge, of course). I think it shows that you shouldn’t be so attached to your own technology that you aren’t willing to use others.

CMSWire: Why is it so important for digital workforce leaders to take the idea of Always Day One to heart?

Kantrowitz: In the 1920s, the average life expectancy of a Fortune 500 company was 67 years. In 2015, it was only 15 years. So today’s companies have two choices: They can operate in a culture of reinvention that keeps them ahead of the curve in a world of fast-changing technology, including machine learning and advanced collaboration tools that minimize software and support work in a nimble way. Or, they can hang out in Day Two and ride whatever business they have for a while but not too long. The only real long-term option builds a culture that focuses on reinvention and doesn’t rest on its laurels.

CMSWire: Besides your own, is there another business book that you’ve read recently that you’d recommend?

Kantrowitz: I have two. A fascinating read is "The Everything Store: Jeff Bezos and the Age of Amazon." Also, "Never Split the Difference" is a book about negotiating, written by an FBI hostage negotiator. A really fun read.

Thriving in Turbulent Times: The 5 Leadership Superpowers – The Present Futurist