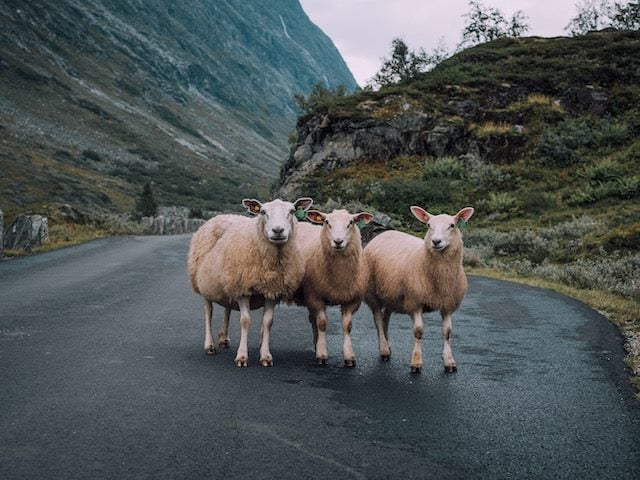 When the textile mills of northern England ushered in the industrial revolution, it cemented the role of the middle manager. The speed and scale of the new machines demanded new approaches to work. Middle managers stepped in to oversee the multiple processes and became the glue holding each part of the process together. They took the targets from the mill owner and worked out how to deliver on them.

Middle managers in today's organizations still act as the glue that enables things to happen. They connect, enable and provide what teams and first-line managers need to get their work done. They have experience in the work coupled with knowledge of the systems and processes of the organization. They know the right people and can navigate politics, ensuring their teams make progress.

Pivoting From 'No, Because' to 'Yes, And'

In many organizations, middle managers not only enforce processes but also are the people senior managers go to when asking if something is possible. Their experience and knowledge are crucial when understanding the risks and challenges of doing something differently. Clarifying the value of agility for the organization as a whole and for the middle managers individually is therefore critical.

For example, a medical device company wanted to introduce a cross-functional team with compliance testing integrated. When the team proposed removing the hand-off, senior leaders spoke with the manager of the independent, validation and verification (IV&V) department. No surprise, the manager found many really good reasons for keeping a separate compliance team. In fact, they recommended growing the team because the agile team was handing off work more frequently.

What was the incentive for this manager to help remove their department or change it to become a center of excellence or chapter?

Pivoting middle managers so they help solve the problem rather than creating more problems requires agile change programs to consider their needs and align and incentivize the middle managers. In the case of the medical device company, thinking about the future role of this manager coupled with short-term incentives could have encouraged this manager to help create the cross-functional teams that included compliance. In a nutshell, pivoting middle managers from no to yes requires organizations to:

Related Article: Bridging the Gap Between Workers, Managers Is Critical to Hybrid Work

Middle Managers Own the Environment for Success

Think about it: when a middle manager reads the Scrum Guide or attends team-based Scrum training, they often end up feeling disconnected. They see clear positions for the business, for team members and for team leaders, but their role is rarely described. But without middle managers, Scrum or any agile framework will not succeed. They create the environment for Scrum to thrive. They support the team, fill in any gaps between the team and stakeholders and ensure no one falls foul of organizational dependencies such as HR, compliance and legal. Really good managers go the extra step of not only supporting the team, but also helping drive agility by providing an external perspective, challenging assumptions and role modeling servant leadership. They help drive the transition to agility. Building an environment for success requires middle managers to:

A Checklist to Get Middle Managers Started in Agile Transformation

It is true that modern, agile organizations are flatter than traditional, industrial ones. And that often means removal of the very idea of middle managers. Executive leaders provide direction, empower teams and provide support. The teams make it happen. Teams also assume the responsibilities of connection, integration and reporting or remove them if they add no value.

But there is a difference between the role and a job title and the people and the skills they have. Middle managers can play a critical part in any agile transformation by helping teams deal with challenges, serving the teams and helping executives provide direction. Over time, as the teams mature, middle manager's role may change to either a supporting role or to become part of the team. But this can only happen if compensation is not tied to how many people report to you, but instead to the value and experience you bring. Without changes to the notion of what is important to the actual people and the organization, middle managers will continue to be a roadblock to real agile change.

Dave West is the CEO at Scrum.org. He is a frequent keynote at major industry conferences and is a widely published author of articles and research reports, along with his acclaimed book: “Head First Object-Oriented Analysis and Design,” that helped define new software modeling and application development processes.