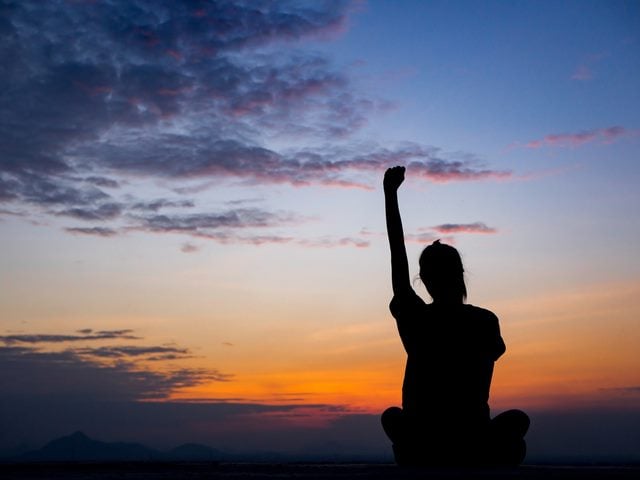 Imagine that you’re reporting to the best supervisor you’ve ever had — the best manager you could imagine having. Now picture this person looking up from a list of goals you’ve proposed and saying in all seriousness, “I worry that you’re going to fail at these. We should set our sights lower.”

It sounds mildly absurd. But in all likelihood, you’ve had a version of this conversation. It’s the subtext of any goal setting process that prioritizes the criterion of attainable (or achievable, or realistic — whichever version the HR department has selected). Can you think of any other management “technique” that so encourages people to throw their hands up in surrender?

SMART goals, one of the most used management tactics for setting goals that are specific, measurable, achievable, relevant and timebound, are in reality not so smart. What works or fails in goal review is rooted in planning.

This flaw of sand-bagged attainable goals was long self-evident enough to require a real solution. What we got instead were stretch goals which were eventually diluted also. Is there a trend we haven’t noticed of people setting unattainable stretch goals?

If not, then why even distinguish them from non-stretch goals? The answer, of course, is fear of failure. Qualifying a goal as a stretch removes the specter of failure, thus enabling one, the theory goes, to pursue it fearlessly. But why allow that specter to loom over the exercise in the first place? We want people to pursue all their goals fearlessly.

Essentially, we’ve enacted a policy to swap out healthy ambition for accommodation of the lowest common motivational denominator. SMART goals send the tacit message that we strive not to achieve, but to evade and rationalize undesired results. This is the dirty secret of goal setting frameworks built around the SMART model. They get human motivation all wrong – a dilemma that also applies to the seemingly least controversial and yet practically most troublesome of the SMART criteria: measurable. Just about anything is measurable but to what aim?

In fact, the fixation on the measurable undermines the most important “A” – accountability. When accountability is not mutual there is no real accountability at all. SMART goals that are department specific can quickly pit functions against each other – production vs. maintenance, sales vs. credit, and finance against just about anyone.

The greater aim not only works to align interests but also instills mutual responsibility and unifies stakeholders around “what’s in for us” rather than the troublesome “what’s in it for me.” Many the roots of the management blame merry-go-round are laid in overseeing goals and losing perspective on accomplishment, individually or collectively.

Related Article: SMART Goals Are Not So Smart

Anyone who has spent time reviewing individual system-recorded business goals knows that they often give the impression that goal writers tied themselves in knots to meet the measurability criterion. Or to make the measurement “meaningful” stripped away the goal’s actionability, eschewing for example a goal of bid submissions in favor of a goal of bid acceptances as if the former is irrelevant to the latter.

Since we’re being forced into those conversations anyway, could we go a step further toward improving that future? Perhaps you’re a devoted fan of the SMART goal framework and by devoted fan we mean “person who has advocated for it long enough to be uncomfortable with the possibility that it’s actually poor practice.”

Ponder this of-the-moment question: How much better or worse would you feel if you knew that medical researchers and pharmaceutical scientists, all racing to achieve breakthroughs that slow or halt COVID-19’s wave of death and destruction, were diligently adhering to SMART goals that they and their performance managers laid out at the start of 2020? Our reaction to that vision is, heaven help us all.

It’s time to acknowledge the abundant evidence suggesting that there is little genuine value in the SMART goal construct and the dysfunction it begets. Most experienced interviewees know it’s a good idea to ask a hiring manager what success in a role will look like. But very few experienced interviewees expect a given hiring manager to reply with a list of SMART goals.

Most employees expect managers to advocate for rewards on their behalf and most managers do. But very few experienced managers do this by describing their employees’ successes to leadership in terms of their SMART goals. Why then does form rule over substance? Outputs over outcomes? The answer lies in the desire for goal achievement rather than accomplishment.

Freedom to Fail As Long as There Is Adequate Success

The most common critique of SMART-compliant metrics is that, in many cases, measurements selected aren’t truly meaningful to the overall enterprise’s purpose. Think of the oft-used analogy of a car’s progress toward a given destination being measured by its gasoline consumption. For all we know, the example tells us, the car may have consumed half its fuel driving in circles to end up exactly where it began, no closer to achieving the goal of the trip.

But that critique may be wrong-minded, or at least counter-contextual. Consider the possibility that the driver has indeed ended up exactly at the starting point but in the process has determined that three of the four prospective routes are unusable due to road conditions.

That driver is in fact much closer to either achieving the goal or ascertaining that prevailing conditions make the goal unattainable at the present time. But fear for that unfortunate driver if there’s a quarterly review on the horizon.

We might add that the driver is, situationally speaking, akin to the medical researchers and pharmaceutical scientists working tirelessly to a worthy aim and learning and gaining invaluable experience from detours. Obsessive measurement has the potential to exert a drag effect on experimentation and transforms the “freedom to fail” into hollow goal-setting rhetoric. Innovation stagnates and yields little when metrics are managed and incrementalism is heralded.

People vote with their feet. Landscape architects often think of "desire lines" — the paths worn into public terrain by walkers who ignore formal pathways — as a design flaw and learning opportunity. Goal management as currently practiced is rife with desire lines.

Seeing these workarounds should stimulate our interest in improving the approach and embracing healthy empowerment, not prompt us to double down on eradicating this natural curious behavior. To understand it, sometimes all we need to do is face the reality around us. The current pandemic economy with all of its turmoil presents the opportune time to reset our processes and set goals that drive pursuit of accomplishments without scripting and micromanaging (mis)pursuit of accomplishments.

SMART goal management keeps people busy but may put them out of business. Even when perfectly executed, the myopia of SMART goals loses sight of the big picture and imperils the future, because no one ever asked a key question: why. Such an outcome is hardly an accomplishment and does not seem too intelligent either.

What better time than now to ensure that we don’t out-SMART ourselves any longer?

Mike Kennedy is founder and president of Gray Henley Learning and Development and a principal with Human Advantage LLC.

Noah Barsky, PhD, is a professor in Executive and Graduate Programs at the Villanova University School of Business.