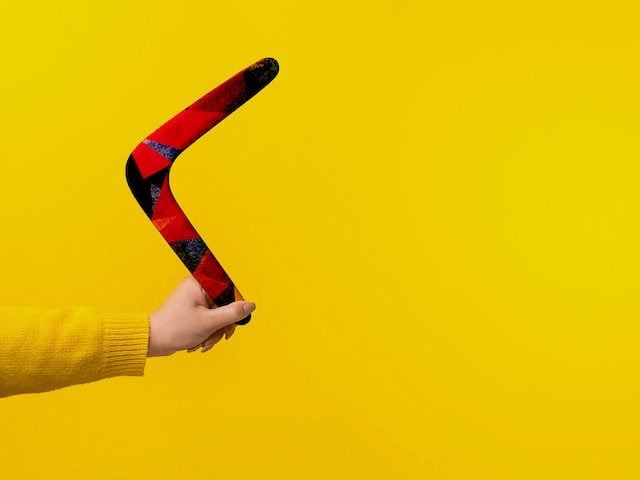 Reverse Engineering the Future Is Possible, But it Takes the Right Leader

Forward-thinking organizations are beginning the processes of reinventing, repositioning and redirecting themselves toward a more effective and successful future. The hardest part of this is envisioning the future they would like to inhabit.

Faced with an abundance of data, companies often hit “analysis paralysis,” stalling for long periods of time as they attempt to understand their own futures. And even when they manage to extricate themselves from the flat spin of data overload, they often then move into a period of planning during which they create multiple future scenarios, assign probabilities to each, filter them based on various probabilistic models, and find that at the end, they are no closer to understanding what their future looks like than they were when they started.

How Reverse Engineering the Future Works

In "Alice’s Adventures in Wonderland," Alice comes to a ‘T’ in the road and must decide which way to turn in her quest to find the Red Queen. Stymied by indecision, she turns to the Cheshire cat in the tree behind her and asks, “Which way should I go?”

The cat replies quite logically, “Well, that depends where you’re going.”

Alice retorts, “But I don’t know where I’m going,” to which the cat replies,

“Then it doesn’t matter which way you go, does it?”

I don’t recommend this particular approach as a leadership strategy — it's not particularly inspiring. The approach I do recommend, however, is what I call the ‘Alan Kay Approach.’ Alan Kay was a Silicon Valley pioneer and visionary, credited with (among other things) inventing the laptop computer. During a speech a few years ago, he made this observation: “The best way to predict the future is to invent it.” This quote lies at the heart of the reverse engineering process.

Unlike traditional scenario planning techniques that begin at “time zero” and extrapolate into some indeterminate future, this method begins in the future and reverse-engineers back to the present. It’s based on the idea that if we start in the present and go forward, we quickly run into the well-known counterforce, 'That’s not how we do things here,' and everything screeches to a halt. Inertia, otherwise known as the status quo, kicks in.

In reverse engineering the future, we start in the future and reverse-engineer our way back to the present, identifying all the obstacles and roadblocks that will get in our way, so that we can deal with them before they show up. Unlike traditional scenario planning, which starts with objectives and action plans and works toward the desired vision of the future, this process begins with a detailed vision and ends by defining the actions that will make it achievable.

This is one of the hardest steps in the process: getting participants to agree to suspend reality for a bit as they design the desired future. As humans, we tend to think in terms of ‘what is,’ but have a hard time dealing with ‘what could be.’ Unfortunately, it’s the latter that is the domain of the reverse-engineered future.

Related Article: The Trout Stack: Or Why 'Why' Is the Key to Transformational Leadership

The Elements of the Reverse Engineering Process

The process has several components: a set of powerful organizational values; an achievable vision; one or more missions, sometimes called actions, each with a completion date; and a strategy for achieving them.

We begin by defining the terms, and quickly follow with an exercise in which we paint a picture of the future we desire, in as much detail as we can muster. I cannot stress the importance of this step loudly enough: People will only move toward an alternate reality if they can see it, and if they can clearly see what it offers them that’s better than what they have today.

From there, we identify the obstacles to making our vision real, and craft strategies for dealing with them. Those strategies lead to actions that move the organization forward. Much has been written about change management in modern business literature. Wikipedia defines it as “a structured approach to transitioning individuals, teams, and organizations from a current state to a desired future state.” And while I agree with that definition — no one can deny the importance of managing change in companies today — I also believe that there is more to running a successful company. Management visionary Tom Peters observed repeatedly that we must “learn to love change as much as we hated it in the past” if we are to meet the demands of the increasingly competitive marketplace.

Change is an ever-present part of competitive business. Without it organizations grow stale, wither, and die a slow and painful death as status quo becomes modus operandi and their relevance seeps away. Peters is correct: change must be embraced if companies are to deal constructively with its impact. However, the process of managing that change is only part of the equation. Change must also be part of the leadership equation. Hence my focus is not on change management, but on change leadership.

Related Article: What Your Digital Workplace Needs in 2022: A Little Bit of Imagination

To Build Your Future, You Need a Leader With a Compelling Vision

I travel extensively in my job as an author, photographer, industry analyst and speaker. My clients run the gamut from Fortune 50 corporations for whom competitive advantage accrues in tiny quanta, to developing nations in Africa and Asia where the deployment of a simple technology results in order-of-magnitude leaps in competitive position, promise and hope. The most valuable compensation I have received from all of these projects is the knowledge I accumulate from the opportunity to work with people who innovate, every day, because they have no other choice. These people are true leaders because of one simple attribute: They can craft a vision of where they’re going and then, with powerful emotions and words, paint a picture that is so compelling that everyone around them enrolls in that future to help it succeed. I have heard these words delivered in board rooms, on buses, in garages and central offices, in the open grasslands of sub-Saharan Africa, and the snowy wastes of northern Canada. The result is always the same: reverence, rapt attention, excitement, tangible action and measurable results.

There is a misconception in business today that leadership has a lot to do with title, experience and the trappings of office. There’s no question that experience plays a role in the development of leadership skills. However, some of the best, most charismatic and influential leaders I have ever known did not have corner offices, floor-to-ceiling windows, or their names engraved on brass plaques on the door. Many of them didn’t have doors. What they did have was an innate ability to motivate, to bring people together under the banner of a common, shared vision, and to keep them working together until the vision became a reality for all of them.

I have had the honor of working with a broad array of organizations ranging from sophisticated technology companies whose daily challenge is to develop ways to move more traffic across increasingly congested global networks, to endlessly compassionate health care organizations whose daily challenge is reduce the number of people who die from hunger, AIDS and infection. What I have learned from all of these encounters is this: No matter the magnitude, nature or significance of the challenge, these organizations will succeed if — and only if — they are driven by a set of undeniably powerful values that motivate all concerned, and they have a compelling vision of the future that they are trying to create.