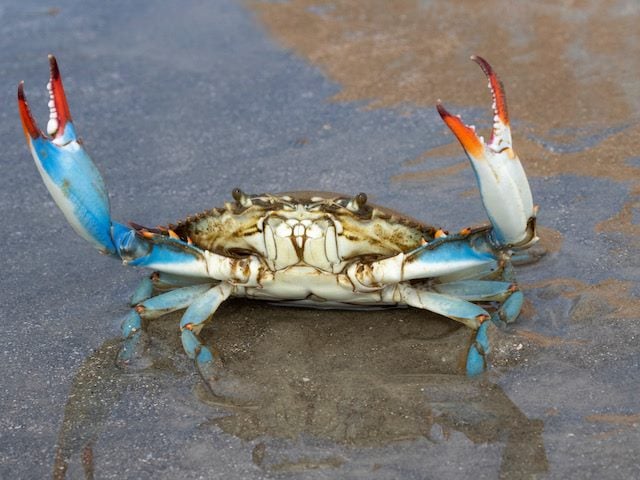 When the Workforce and Jerkforce Collide

“You are not the boss of me!” A refrain most often heard from the lips of defiant children, these words also have surprising relevance in today’s workplace. In fact, they could well be the battle cry of the new activism we’re seeing on the part of today’s employees. I’m convinced that these seven words capture one of the most unanticipated and contagious sentiments to come out of the workforce in many years. What I’m really looking forward to is the potentially deleterious effect they will have on that small but smug category of managers known as “jerk bosses.”

I first wrote about jerk bosses 20 years ago after reading multiple exit interviews from employees who had recently left their jobs. I followed up and asked them, “What did you NOT say in that exit interview?” The most frequent answer? “My boss was a jerk.”

Years later, I realized that I had failed to ask a critical follow-on question: “Why did you put up with it?” I didn’t ask because I already knew the answer.

Why Don't Employees Speak Up?

The answer is fear. To paraphrase a popular adage, “Fright eats fight for breakfast.” And fright is nothing new in the workplace. Long before The Great Depression, the prevailing driver of an employee’s attitude, mindset and decision making was a condition psychologists labeled “ergophobia.”

Defined as the persistent fear of job loss, this phenomenon, which I prefer to call job insecurity, has been keeping employees from speaking up since before Cinderella cowered at her stepmother’s feet. And while the sad reality is that employees have long feared losing their jobs, the striking irony is, like Cinderella, many have feared losing jobs they actually hate! Jobs that provided just enough financial security, identity and social interaction to keep them pacified if not satisfied, encaged but not engaged — sometimes with disastrous consequences.

Related Article: Make Your Organization a Place Worth Staying

The Sound of Silence

The most obvious consequence of ergophobia is silence. Even employees who think they have something important to say will choose silence if they do not feel psychologically safe.

In a February 2021 article, “Why Employees Hesitate to Speak Up at Work — And How to Encourage Them,” Kyle Brykman, University of Windsor, and Jana Raver, E. Marie Shantz Professor of Organizational Behaviour, Queen's University warn that “… silence is at the root of many well-known organizational disasters.” They point to the example of Canada’s Phoenix pay system fiasco, which cost the government $1.5 billion and was in part attributed to a culture in which “Employees who sounded alarms were told they weren’t being team players.”

Another example is a DecisionWise Benchmark Study showing that 34% of the 100,000 U.S. employees surveyed “do not speak up because of fear of retribution.” It further concluded that “Every day, employees make decisions about whether to speak up or remain silent” and “… the majority choose the safety of silence.”

In short, too many employees have stayed for too long in jobs that have not met their basic need for psychological safety. Dr. Amy Edmondson, Novartis Professor of Leadership and Management at the Harvard Business School, describes psychological safety as “people’s perceptions of the consequences of taking interpersonal risks in a particular context such as a workplace.” More simply stated, a psychologically safe workplace is one where people trust they can speak out safely without fear of ridicule, retribution or re-assignment.

We all know that people are at their best in a fear-free environment. As Bertrand Russell wrote, “Neither a man nor a crowd nor a nation can be trusted to act humanely or to think sanely under the influence of a great fear.” In the workplace, this condition has not just kept whistle blowers in check, but has historically kept average employees from asking questions, raising issues, speaking truth to power and/or expressing objections.

Related Article: Let's Bring Our Whole Selves Back to the Workplace

From Suck Up to Speak Up

The pandemic has caused a climate change in the workforce not unlike the global shift in weather patterns our earth has been undergoing for years now. Employees have always put up with inconveniences and even indignities in the workplace. Grueling commutes, long working hours and even expletive-laden rants have been tolerated as par for the course. But over time, employee discontent has become trapped in the workplace atmosphere, causing a rise in temperatures, longer and more extreme talent droughts and more severe HR storms. Plus, much like the situation with global climate change, those affected have been better at adaptation than at mitigation.

Since the pandemic, however, remote work and ensuing self-management have diminished the perceived need for and relevance of authoritarian bosses — and of bosses in general. In fact, according to a survey by Redwood City, Calif.-based employment screening services provider GoodHire, “83% of respondents felt they could do their job without any managers.” Further complicating this climate change is the fact that honest assessments of companies and their management practices are available to any job seeker with internet access. As a result, workers are more aware, more discriminating and braver. In fact, as recently as January 2022, The New York Times reported that, “… more workers are feeling empowered to call out their managers.”

So, if the fear of management is waning and fear of job loss is no longer the influential force it used to be, what will that mean for jerk bosses who are accustomed to using employee fears to sidestep responsibility for and repercussions of their less-than-stellar management behaviors? In other words, what will happen to jerk bosses who are forced to function in a psychologically safe workplace?

Related Article: What 2020 Taught Us About Being an Effective Leader

We know that employees who feel psychologically safe are more inclined to take interpersonal risks, such as speaking up and engaging in what Edmondson calls "voice behavior." When unhappy at work, they voice their concerns openly and honestly, engage with their support networks and explore other opportunities within their current company before leaving the organization. Employees in a psychologically safe workplace are more likely to question, confront and complain about jerk managers like those I describe in "Love ‘Em or Lose ‘Em" — managers who shout, humiliate, discriminate, fail to listen, betray trust and restrict or stifle employee input.

And while I do believe that calling bad managers out will greatly facilitate weeding them out, I also recognize that questioning, confronting and complaining will not, by themselves, eliminate jerk bosses. However, if forced to function in a truly psychologically safe workplace, jerk bosses will have little choice but to adapt or perish. And, as with global climate change, adaptation will require them to:

All this involves examining their current behaviors, being willing to ask which of them need to change and investing in new practices more appropriate to the new climate.

While climate change has been partly responsible for the fall of some civilizations — along with  overpopulation, epidemics, wars and famines — the recent pandemic-related changes probably won’t signal the end of the workplace as we know it. But, hopefully, it will encourage the “jerkforce” to amend its management behaviors — if for no other reason than self-preservation.

Dr. Beverly Kaye is recognized internationally as one of the most knowledgeable and practical professionals in the areas of career development, employee engagement and retention.