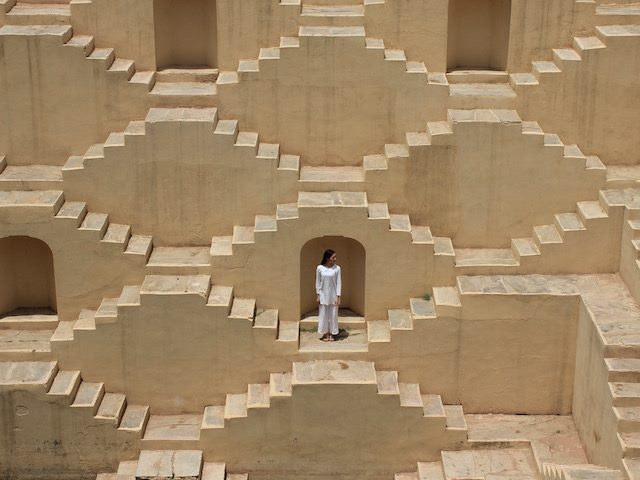 Who Makes the Decision?

We don’t think much about decision-making. Even in the business context, where decision-making is a frequent and critically important occurrence, how we go about making these decisions is often unexamined. We fall back on the choice structures we are familiar with, with little — or no — reflection.

In the first post in this series, "Deciding How To Decide," I introduced the concepts of noise, in the sense of the variability of context and individual circumstance that leads to wide variations in how people make judgments, and cognitive bias. Those are unavoidable aspects of human decision-making. But once we move past them, the basic question remains: how do we make decisions, and who makes them?

Acronyms Won’t Save Your Decision-Making

Over the years, a variety of techniques to detail who’s who in making a decision have emerged. These include DACI, SPADE, RAPID, RACI, RICE and DICE, an alphabet soup intended to condense decision-making to a mnemonic, and which defines the players in a team decision-making process. Let’s look at DACI as an example, which Matt Russell describes in this way:

"Decision ownership is the most vital element of team decision making because it’s what holds up the process more than anything else. Without knowing who is ultimately accountable for making the decision, we procrastinate or assume that someone else is working on it.

While it is true that some simple decisions can be made by team consensus, the hairy ones go smoother when each person involved knows exactly what their role is."

I don’t think that the research supports the idea that "decision ownership is the most vital element of team decision-making," but it is a constant friction. Russell continues:

"We use a decision-making framework called a DACI to clarify where everyone sits on the ownership continuum. Here’s how DACI breaks it down:

D = Driver. The person responsible for corralling stakeholders, collating all the necessary information, determining scope of the decision, and getting a decision made by the agreed date.

A = Approver. The one person (yes: one!) who makes the decision. This turns the approver role from a passive 'rubber stamp' into a very active 'decision maker' role.

C = Contributors. People who have subject-area knowledge and can make recommendations — i.e., they have a voice, but not a vote.

I = Informed. People whose work may be affected by the decision, and should be informed once it’s been made — i.e., no vote, no voice."

The other acronyms vary the groups and roles of the involved parties, but all attempt to clarify who gets to — or must — make the decision, and a process to orchestrate various participants’ contributions, to add their value, and ultimately gain their buy-in.

Note however, none of these take into account bias or noise, and either oversimplify or simply fail to address other implicit problems. For example, how groups come up with solutions to problems and how groups are formed to solve problems (as discussed in my previous article), or, more importantly, how this decision-making process is embedded in the company’s principles and larger-than-a-single-decision choice frameworks (as explored in the next article in the series, "You Have To Go Slow To Go Fast").

Imagine applying DACI to a relatively complex issue confronting a term that has been convened to solve this specific problem, as opposed to a group that exists in a time-frame longer than just this problem, such as a company’s marketing department. Deciding who fills the various roles in those cases may be quite different, and the implicit processes for the two groups’ decision-making would be different.

My point is simply that an acronym does not answer those basic political questions.

What’s most directly missing from DACI and the other alphabetic approaches is that they hang in space: who assigns people to the various roles? And who defines the problem in the first place?

However, we will move forward and adopt the concept of a DACI-style model of at least tracking who’s who in groups making decisions, with the proviso that such acronymic models don’t spell out the processes of decision-making in enough detail on their own. More is needed.

Related Article: Why Competitive Success Depends on Competence and Competencies

A principle of sociocracy that has general applicability in all approaches to decision-making is the deceptively simple notion of rounds. When discussing serious issues with fewer than 10 people, do not adopt the free-form open discussion mode, aka debating, that is generally expected. Instead, adopt rounds, a simple practice where everyone in the group speaks, one by one.

This technique allows more ideas to surface, and is deeply egalitarian. It also relaxes tensions, because people can anticipate when they will next have a chance to speak, and can prepare. And meanwhile, they can relax and listen.

More listening improves discourse, and that leads to better decisions.

Some will wonder if rounds are too slow. Yes, but remember we need to slow down to make better decisions. And rounds can form a part — perhaps an early part — of a discussion about a decision to be made.

Related Article: Exhaustion Is Not a Status Symbol

More enlightened practices can moderate coercion, such as a leader delegating certain decisions to others, or the use of a model of decision-making like DACI where those who will be impacted by the decision are consulted and their concerns addressed. But ultimately someone, either the leader or their delegate, is the Approver.

However, as corporate culture has adopted more democratic principles, coercive management by decree has diminished, especially in more enlightened businesses who do not believe senior executives have god-like wisdom, and that the best results come from the balancing of diverse viewpoints, not the imposition of decisions from on-high.

When groups rely on consensus — where all have to agree to a decision before it is considered settled — a technique like DACI can theoretically structure a good result. However, there are problems latent in groups interaction that consensus doesn’t solve.

Even after that foundational issue is put aside, we encounter universal biases that get in the way. Researcher Ulrich Klocke pointed out two biases that subvert group dynamics. Information that is shared by many in the group is given higher weight (shared-ness bias), and solutions preferred by participants early in the process are hard to dislodge (preference bias}:

"Even when all information necessary to identify the correct solution is exchanged during discussion, individual group members often stick to their initially preferred wrong solution. People bias their information processing to favor an initially preferred alternative. Other studies show the same phenomenon at the group level: Group decisions can often be predicted by the initial preferences of its members. If a majority favors a certain alternative before the discussion, the group seldom decides to chose another alternative. Thus, frequently, group discussions are superfluous, and groups would be better off using a decision shortcut like an immediate vote or an averaging procedure."

Groups are better off explicitly enumerating alternatives and information relevant to each one, identifying what information is missing that would influence the decision, and seeking that out. Once again, the natural bias toward making decisions quickly has to be fought.

In particular, those leading group discussions should seek out diverse information and discount shared information. They should also remind participants of these biases.

Lastly, consensus inherently opens the door to group conflict, since the process relies on rallying the group to coalesce on a specific decision, a sort of politicking, where some 'win' the argument and others 'lose.' Of course, this can be cut short by redefining consensus as a simple majority opinion instead of a total consensus, which is a common outcome.

Those considering consensus for decision making should, then, consider a trial group vote, and only undertake a full consensus process where there is high divergence, some indication of possibly important unshared information, or an identified danger in following the group’s consensus opinion. Otherwise the effort might not be worth it.

Consent is an approach to group decision-making that starts where consensus does, a group comes together to wrestle with a decision-to-be-made, but with a different finish line. Instead of seeking full agreement on a hammered-out solution, or falling back to a democratic majority opinion, the Driver for the decision (using DACI terms) seeks to get all involved to consent to a worked-out solution. Consent is not consensus. Members can make objections to a proposed solution, but not because they don’t like it. They have to state the objection, and the Driver can amend the solution to respond to the objection, so at some point all objections are resolved.

As Ted Rau describes it:

"Consent is defined as ‘no objection’. Not having an objection is slightly different from agreeing. We refer to that extra space as the range of tolerance. We don’t have to find the overlap of our preferences in order to make a decision. Instead, we seek the overlap of our ranges of tolerances which gives us much more to work with." 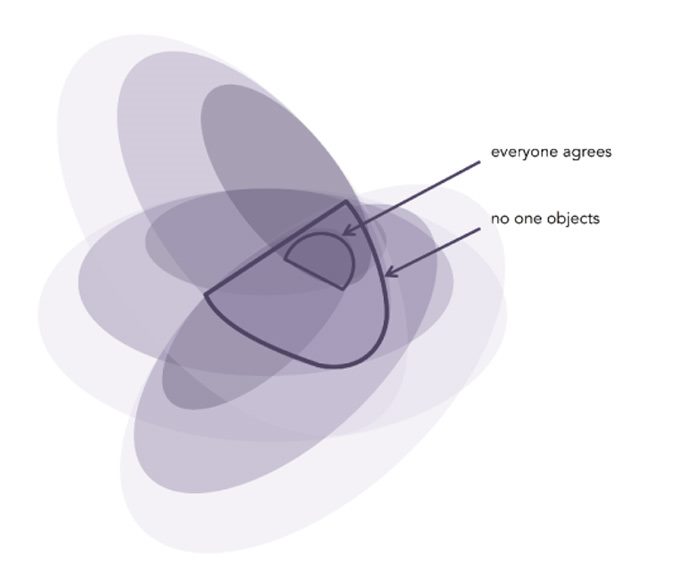 Consent is naturally a faster process: not in the Kahneman System 1 ‘thinking fast’ sense, but because people don’t have to see the result as the best possible decision. They can basically agree to live with a solution, and move on.

Democracy Is the Worst Way to Make Decisions

We are stuck with the minds we have. And although there is some evidence that people can be trained to decrease the undertow of our biases — and processes that can diminish their impact — perhaps the observation by a group of collaborators on how decisions are made might be the best check on making bad decisions.

As Winston Churchill said in the House of Commons, "Democracy is the worst form of government — except for all the others that have been tried."