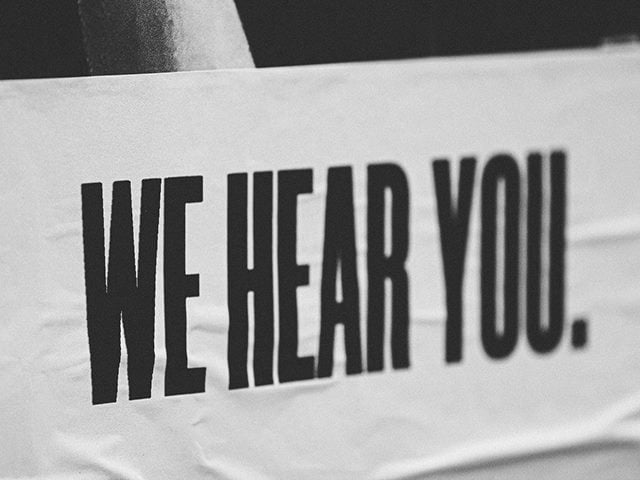 Why Emotional Intelligence Is Key to Authentic Leadership

Technology has taken over nearly every aspect of our lives, but interpersonal relationships remain heavily rooted in emotions. For business leaders, this means emotional intelligence — defined as the capacity to recognize, control, assess and express emotions, and to handle interpersonal relationships empathetically — can be more vital to success than technological intelligence.

Having the ability to accurately recognize emotions in others can serve leaders well. “The more emotionally intelligent a leader, the higher their job performance," said Dr. Jack Wiley, chief scientific officer at recruiting firm Engage2Excel. "Emotional intelligence predicts job performance above and beyond raw intelligence and positive personality characteristics. This is especially true for roles involving customer interaction."

This may be even truer in a remote workplace where human interaction is often lacking. So, let's look at the why's and how's of emotional intelligence.

Emotional intelligence (also known as emotional quotient, or EQ) can take on different forms, from emotional perception (referring to a person's ability to identify emotions through various means, such as body language, facial expressions, tone of voice, and other nonverbal signals) to emotional understanding (where the observer seeks to understand the cause of an emotion) to emotion management (which entails managing and responding to emotions).

Recognizing, understanding and responding to emotions are critical skills for business leaders. Employees highly value emotional intelligence in managers because it translates to the way they're treated in the workplace. According to Wiley's research, there are four attributes that employees most want from their managers and leaders:

"These four attributes accounted for over half of what employees want in a manager," he said. "It’s not hard to understand why. A supportive and understanding manager provides help and encouragement, listens to employees and is attentive to their needs and difficulties. A manager who treats others with dignity and respect operates according to the golden rule, treating others the same way they want to be treated. A fair and just manager is objective, ethical and judges employees solely on work performance. A manager who is honest and trustworthy is forthright, sincere and acts with integrity under all conditions," he said.

Wiley said employees who work for managers displaying these attributes report a more positive work experience, higher levels of employee engagement and enhanced interpersonal chemistry and performance. And high EQ managers tend to do better at retaining the talent they need.

Related Article: Why Soft Skills Matter and How to Develop Them

Emotionally intelligent people are typically more aware of their feelings and those of others, which makes them more self-aware. In turn, self-awareness increases one's ability to recognize and understand the elements that contribute to emotions and emotional experiences.

"The ability to be aware of what emotions you are feeling in the moment and to realize when you have been emotionally triggered is a leadership superpower," said Irvine Nugent, author of "Leadership Lessons from the Pub" and founder of leadership coaching firm Irvine Nugent & Associates. "It enables the leader/manager to more thoughtfully respond rather than react by doing something they will later regret."

Dr. Susan Kuczmarski, co-founder of management consultancy Kuczmarski Innovation and author of six books, including "Lifting People Up: The Power of Recognition," said establishing an emotional connection is a great way to create sustainable points of contact among team members. “These emotional connections set up interpersonal ‘channels’ that link members of a team together and supercharge common growth and collaboration. Technological intelligence offers no value here,” she said.

Related Article: Keeping Humanity at the Center of Technology

An emotionally intelligent leader is able to make an emotional connection with employees that will remain with them for a long time. “The numbers on a balance sheet will change, the stock price will fluctuate, but an emotional connection will resonate long after the statistics fade and tech leaves the scene,” said Dr. Kuczmarski. “Contrary to popular belief, it is not financial reward that inspires greatness. Leaders find a way to connect with others and inspire the ability each of us has.”

In the post-pandemic world, management styles do need to be revisited. Recognizing and validating the emotions of employees goes a long way toward building a positive and thriving business culture.

“The old management paradigm was to roll with the punches — don’t express yourself emotionally because it meant you were weak,” Kuczmarski said. “But now, leaders need to be engaging, self-effacing, unpretentious, endearing and charismatic. And yes, these are all attributes that can be learned, developed and practiced by leaders.”

Ann Wagner, mental resilience coach and speaker, said leaders who cannot effectively communicate with employees are often ineffective in their role as leaders. “Leaders of organizations have to be able to communicate with their employees. They must have a certain degree of empathy and be able to convey a clear directive. This takes a huge amount of emotional intelligence,” she said.

Empathy has become a core business value in today's modern workplace, often integrated to the corporate social responsibilities of socially responsible organizations. 2019 research from BusinessSolver showed 82 percent of employees would consider quitting their job for a more empathetic employer, and over three-quarters (78 percent) said they would be willing to work longer hours for a more empathetic organization.

Another report, conducted by Ipsos on behalf of PepsiCo Beverages North America, indicated that 9 out of 10 US consumers believe it's critical that brands show empathy and take measurable action if they want continued loyalty and support from their employees.

Related Article: We Can’t Keep Blaming Technology for a Lack of Leadership Empathy

Active listening helps us understand others' experiences to support feelings of compassion and empathy. By actively listening and responding appropriately to the emotions that others are displaying, emotional intelligence can be enhanced and improved.

“The new leadership paradigm asks you to contribute your total self, express yourself emotionally, show enthusiasm and concern about others — to express you really care," said Dr. Kuczmarski. Being a good listener and asking questions are simple ways to grow a stronger manager-employee bond.

Not only does actively listening contribute to increasing one’s emotional intelligence, it also increases the personal satisfaction and emotional connection of those being listened to. “One of the quickest ways to connect with someone at work is to offer them your undivided attention. Employees who feel they are listened to report high job satisfaction, lower turnover and greater productivity,” said Nugent.

Emotional intelligence is a highly valued trait that is crucial to developing interpersonal relationships with others as well as gaining better control of one’s own emotions. By actively listening, leaders can improve and enhance their emotional intelligence and learn to empathize with customers and employees on a more personal level.