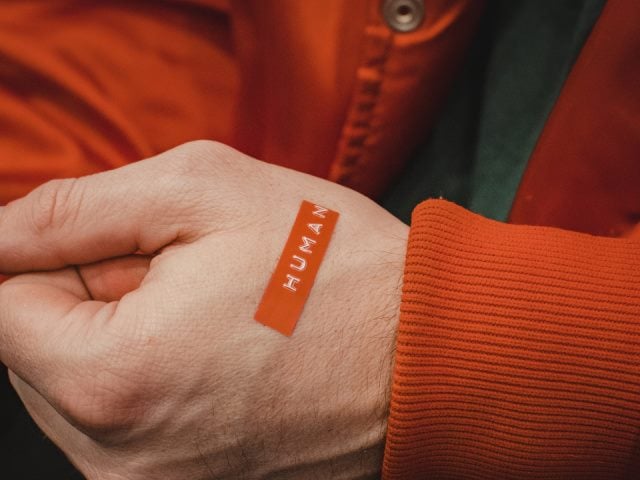 Keeping Humanity at the Center of Technology

I took my first ride through the skies since March 2020 yesterday. It was strange to be back on an airplane after so many months away, but masks were on and flight attendants prowled the aisle to make sure they stayed that way. I arrived in Las Vegas feeling encouraged that business conferences are on their way back, and as evidenced by the return of the SHRM conference in September, we can pull them off safely.

Then I met Timothy, my taxi driver for the ride from McCarran airport to the Mandalay Bay hotel. Like most Vegas drivers, he's a friendly sort and asked what brought me to town. On hearing I was in town for a conference, his response: “They just had to do it, huh? I don’t get these people.”

Timothy had a way of getting directly to a point. When he learned I was from Chicago, he immediately said, "The Bears really suck." Which, to be honest, is a fair assessment of Chicago's hometown football team thus far in the NFL season. In their last loss, the team's offense gained a grand total of 47 yards for the entire game, not even enough to cross mid-field once.

That aside, Timothy's comment brought a larger point into relief: Where does our concern for the greater good fit into the future of business? That central role of empathy and human-centered decision making is at the heart of employee experience, and featured prominently in the first day at the HR Technology Conference and Exposition, taking place Sept. 28 to Oct. 1 at the Mandalay Bay hotel in Las Vegas.

A Champion's Perspective on What It Takes to Win

Abby Wambach knows winning. With the exception of a loss in the New York State high school championship, she's reached the top at every level of soccer she's played, winning the U.S. collegiate championship at the University of Florida, two gold medals at the Olympics as well as the World Cup during her 14-year career as a member of the U.S. women's national soccer team.

Despite that success, it was a moment of personal failure that provided her one of the most enduring leadership lessons. Late in her career, she was benched. It was a tough pill to swallow, but she came to realize it was in the best interest of the team.

"Everything I learned about leadership was sitting beside me on the bench," Wambach told the audience of several hundred people during her opening keynote speech. That included understanding how to be a team player and a leader, even when you're not on the field.

"I can tell everything I need to know about a team by the way they celebrate their goals," she said.

She should know goals. With 184 of them in international competition, Wambach held the record for most goals scored for men and women until it was broken last year. But as she pointed out, none of those goals happen without the support of someone else, from teammates to coaches to family and friends.

Even at the highest levels of competition, it is possible to be a great individual player as well as a great teammate. Those two things can be true at the same time, she said. In fact, it's the leader's job to teach that to the others around them.

“If you are ever benched in whatever way — because life benches you — think about how you want your life to look five years from then and go that way," Wambach said. She credits that moment for giving her the perspective she needed to tackle her post-soccer career, which includes writing books and advocating for equal pay for women.

Related Article: Let's Not Go Back to Normal

The HR Jobs of the Future

That lesson in retaining humanity in the midst of personal setback and being a good teammate carried through to a session on the future of HR careers, where Willis Jensen, a self-professed data obsessive with a Ph.D. in statistics, described how he came to find himself in HR, a field not traditionally known for its prowess with numbers and analysis.

Jensen, HR analytics business partner at W.L. Gore and Associates, the maker of waterproof Gore Tex fabrics, saw an opportunity to tackle a common business challenge: how to apply the power of statistics and the volumes upon volumes of operational data organizations generate to improve performance, and do it in a human-centered way. It's like being an HR data detective, he said.

HR data detectives source, sift through and investigate people data from multiple sources, including HR systems, employee surveys and performance metrics to find solutions to organizational challenges. There's a flood of data in organizations so it's important to note that data detecting is a team sport, Jensen said, and requires a process to collect and analyze it.

"Technology can help but it starts with determining what is the problem you're trying to solve," he said. Identifying that problem and putting it into business context remains a human ability.

As an HR data detective, Jensen holds one of 21 HR jobs of the future, said his fellow speaker, Rob Brown, vice president at the Cognizant Center for the Future of Work. Based on an article he co-wrote in Harvard Business Review, Brown outlined the roles on the horizon, such as work from home facilitator, HR business continuity director and human/machine teaming specialist.

Genetic diversity officer is a particularly interesting one, Brown said. The rise of CRISPR and genetic modification techniques means that organizations need to be ahead of the curve. “Sure as the day you were born as an HR professional, you’re going to need to be on top of the ethics of that one,” he said.

The 21 roles fall broadly into three main categories: coaching, connecting and caring. While those roles are all influenced and, in some cases, driven by technology, humanity should remain at the center.

"If you look at these five, across the board they're human, they're interpersonal," Leasher said.

The bottom line is that HR will have to continue to evolve for a future increasingly driven by tech-fueled automation. And so long as growth remains the primary objective over sustainability, organizations will continue to feel pressure to automate and potentially reduce headcount, Jensen said.

Brown's advice to HR on that challenge: “If all you’re doing is execution but you’re not doubling down on strategy, you’re missing a trick.”

Related Article: Why HR Should Be in Charge of the Human Roadmap

Keeping Humans at the Center of Decision Making

Employee experience has risen to the top of the corporate agenda throughout the last 18 months of change and disruption. It's made even more critical by the rate of digital transformation that organizations are undergoing. That transformation was already happening, like a bright line organizations were following through a dark forest, but as Brown put it, COVID set that forest aflame.

Scores of vendors at the HR Tech conference will be talking about how their technologies can boost employee experience and help address the pain that comes from rapid transformation. Just yesterday, Microsoft announced the launch of a new tool to assess organization's EX maturity, building on the February launch of its EX software product, Microsoft Viva. The Redmond, Wash.-tech giant is aiming to define the category, but there are many competitors. There will be much more to come on that this week from the conference.

As we neared the Mandalay Bay hotel in Timothy's taxi, he asked if conference organizers are at least requiring attendees be vaccinated, which they are. Every attendee had to complete a vaccination certification via the Clear app which was checked by event staff before they'd even let you near the registration desk.

"That's good," Timothy said. "Well, at least they're not greedy." So there you have it, HR Technology Conference planners. Timothy's grudging endorsement. It's not ready for prime time as a marketing tagline for next year's conference, but maybe you can workshop it a bit.

It's a solid reminder to keep our shared humanity at the center of decision making as technology continues to upend how work gets done. 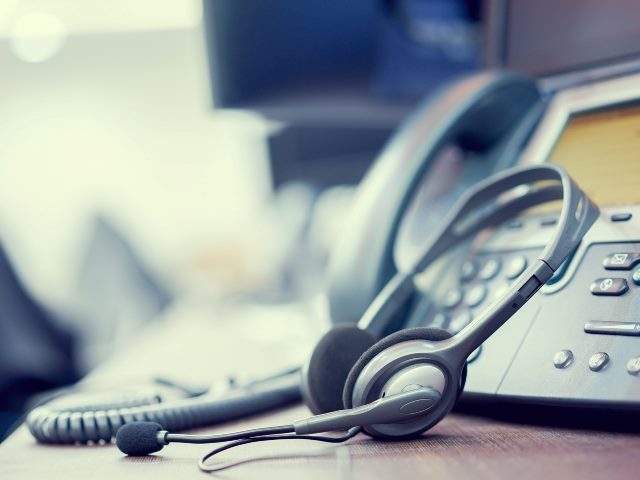 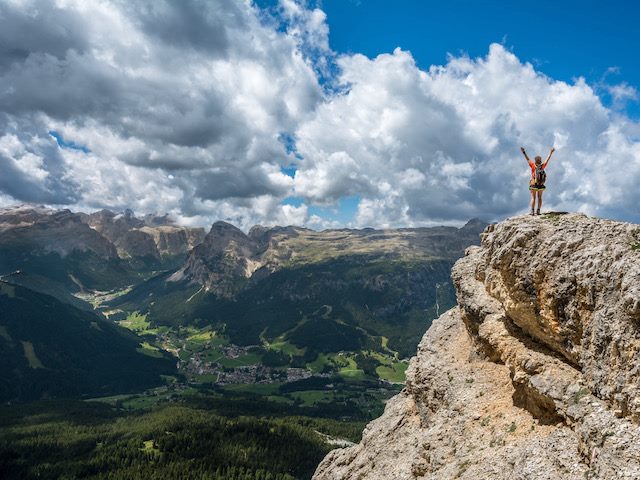 Set Goals That Inspire Your Workforce in 2022 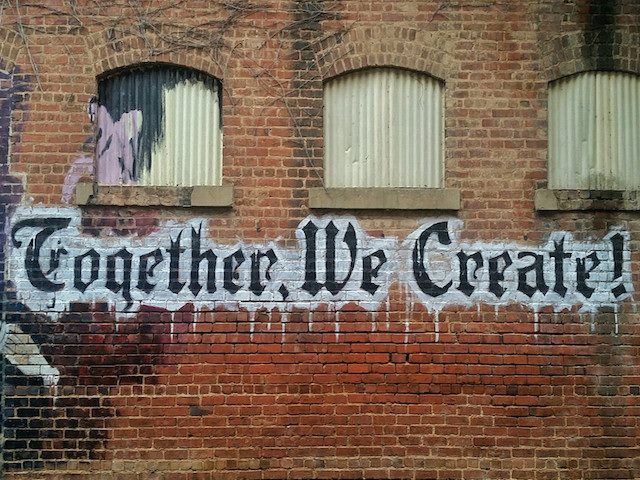 How to Help Remote Workers Find a Community