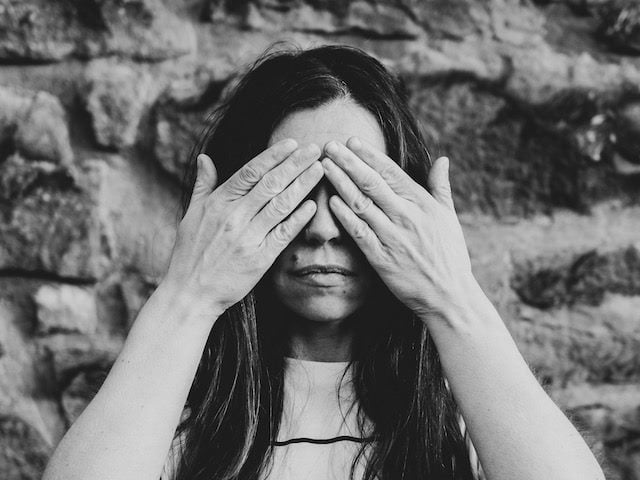 Have Skills, Will Travel: Address Workplace Blind Spots Before It's Too Late

The world of ophthalmology gives us a term — scotoma — that applies well to the world of business. It means a blind spot. In the case of vision, blind spots happen because of injury, retinal separation or disease. In the world of business, scotomas largely happen because of a tendency to worship the status quo. "If it ain’t broke, don’t fix it" is a widely used phrase in business, and while there are situations for which it is appropriate, using it to avoid challenging the way things are is not one of them. Spend too much time under the spell of the way things are, the status quo, and irrelevance sets in. And irrelevance? That’s a company-killer.

Are You Ignoring Your Workplace Blind Spots?

One of the scotomas we find in business is the business model itself. For many, the traditional eight or 12-hour uninterrupted shift model simply doesn’t work. Parents with young children shouldn’t have to choose between earning a living and being a good parent — that’s an unacceptable outcome. Businesses that rely on that traditional model do so because that’s the way work has always been scheduled. The result is that employees — workers — are treated as expendable commodities.

In response, many shift workers have embraced the availability of free or inexpensive online training programs as a way to learn new skills outside whatever they do during their traditional shift. So, many companies are abandoning the standard you-must-be-here-for-an-uninterrupted-eight-or-12-hours model, in favor of a technology-enabled model that allows workers to sign up for and work as few or as many hours as they wish.

Between 1957 and 1963, there was a popular western on American television called "Have Gun, Will Travel." It starred Richard Boone. Boone’s character, who went by the name of Paladin (interesting to note, his real name was never known), was a hired gun who helped people who were in trouble. In other words, as the name of the show implies, he had a specific skill to sell, and people who needed that skill hired him to use it.

I tell you that story because I believe we’re seeing the beginnings of a "Have Gun, Will Travel" work model emerging as part of the post-pandemic reinvention of the workplace.

Related Article: Reverse Engineering the Future Is Possible, But it Takes the Right Leader

Bringing the Hidden Skills of Your Workforce to Light

Imagine you work for a large corporation in a traditional 9-5 kind of job. You have an accounting degree with a minor in finance, so you work in the treasury department of your firm, a company you’ve worked for for 15 years. You make a good living, you’re good at it, but you don’t love it. It has become a job, not a passion.

What your employer doesn’t know is that you have a varied skillset beyond what you get paid to do for them. You’re a professionally skilled photographer and videographer; you’re an active member of Toastmasters and a well-respected public speaker; you’re a serious electronics hobbyist; you produce a bi-weekly podcast about leadership for young adults; you teach a finance class at the local community college; and, because your mother was a diplomat and you grew up in Mexico City and Montreal, you speak fluent French and Spanish.

These are the skills and activities that you’re passionate about. You’re good at them, and they bring value to a lot of people outside of your workplace. What if your current employer 1) was aware of them and 2) could find a way for you to use those skills in your current job?

Well, today, they can. We now have AI-based technologies that can easily match the requirements of a task in a company with vetted skills of existing employees, through the creation of a skills inventory. This model would reduce the firm’s dependence on contractors and freelancers. It would give employees the ability to match passion with income. It would make it easy for employees to work full-time, doing the things they like and are good at (or fewer hours if life demands it). It would also create higher levels of employee loyalty, expand the in-house skills inventory and, most important of all, it would put control of employees’ work lives into their hands, rather than feeling as if they’re at the mercy of an employer who sees them as an expendable resource.

Related Article: The Talent Marketplace: A Skills-Based Revolution in HR

A Great Place to Start Redefining the Workplace

In the final analysis, employers and employees have to work together in a deliberate way to co-create a work environment that works for everybody. Employers have to recognize that, just because 9-5 is how it’s always been done, doesn’t mean it’s a requirement for effective and efficient work output. That’s the worst kind of scotoma. Just because that’s the way we’ve always done things doesn’t make it right.

So how can employers and employees co-create a vision of what the ideal workplace realistically looks like? For example, how do they organize most effectively in the new hybrid world? What technology-based tools should be used to create a data-based work assignment environment, one that matches a worker’s skills to an immediate business need? What blind spots exist that prevent us from seeing obvious ways to change the business for the better of all concerned? What are the criteria under which we now hire employees, based on this desire and demand for a heterogeneous skills inventory? What are the most importance competencies against which we should be hiring and developing our people?

Everything changes: Sometimes because of the natural way of things, sometimes because of a disruptive event like the global pandemic that has forced us to redefine the nature of life and work. The most important thing companies can do right now to ensure that they remain whole and vibrant and productive and profitable, and that they have loyal, committed employees that help them do that, is to stop resisting the inevitable reality of change and start asking, ‘Hey, why not?’ Given that good leadership displays the difference between what is and what could be, a redefined workplace, a redefined relationship between employer and employee, sounds like a great place to start.

Related Article: Rethinking Jobs for the Age of Automation