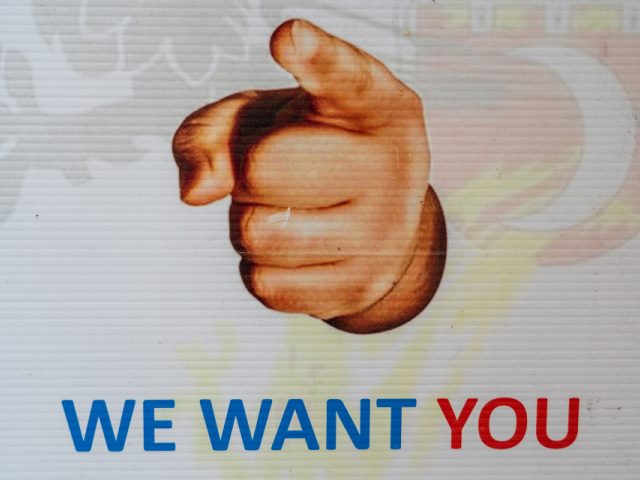 With the Great Resignation underway, life’s a bit complicated for tech companies nowadays.

The good news: Demand for their products touches nearly every corner of the economy. The bad news: The software developers, programmers and other professionals needed to create them are excruciatingly hard to find.

According to French training platform CodinGame, 61 percent of employers said their biggest challenge in hiring is identifying qualified candidates. The next greatest challenge, at 25 percent, is standing out from other employers.

On the other side of the equation, a survey by StackOverflow found that only 20 percent of software developers are actively looking for work, and 25 percent have no interest at all in taking on a new position. The majority, 54 percent, aren’t looking for new opportunities, though they say they are open to possibilities.

That conundrum — lots of demand but not enough supply — has led more employers to reconsider how they approach the recruiting and hiring of tech professionals.

“We’re truly entering an era where it’s less ‘who you know’ and more ‘what you know,’” said Amanda Richardson, CEO of the San Francisco-based technical assessment platform, and CodinGame sister company, CoderPad.

That puts the onus on recruiters to adapt and get creative to solve the hiring challenges facing businesses today. It also makes recruiting one of today's hottest job categories.

Recruiters understand they have to change with the times if they’re going to fill open roles. So, they’re re-ordering priorities to put candidates at the forefront.

In CodinGame’s survey, recruiters said their top priority is making sure candidates had a positive experience with their company (41 percent). That's followed by talent retention (38 percent) and expanding the talent pool (35 percent).

Many executives believe the need for technology talent is only going to grow, especially as demand for technology services increases. “Now more than ever in this all-digital, work-from-anywhere world, every industry needs IT support,” Salesforce CIO Jo-ann Olsovsky told The Wall Street Journal.

Because finding qualified candidates is such a challenge, recruiters are taking an increasingly flexible approach to their work. For example, 57 percent say they're open to removing CVs from the recruitment process, the survey found. The percentage of employers hiring developers from non-academic backgrounds almost doubled, from 23 percent to 39 percent.

That’s an acknowledgment that today’s labor needs won’t be addressed through traditional methods. By widening their focus, recruiters open the talent pool, since 40 percent of developer respondents learned to code somewhere besides an engineering school or university.

As employers scramble to find software developers and data specialists, they’re in need of another kind of professional: tech recruiters who can speed up the pace of hiring.

That’s according to LinkedIn, whose research found that employers around the world and across industries are struggling to recruit talent. Since the beginning of 2021, the number of recruiter jobs posted on the social network has been increasing, to the point where they passed pre-COVID levels over the summer of 2021. Between June 2020 and June 2021, the number of recruiter job postings rose by a factor of nearly seven, the report indicated. LinkedIn also found:

The proportion of recruiters hired from comparable roles has nearly doubled: Employers aren’t hiring recruiters from other fields at the same pace they did before the pandemic. The share of recruiters who were hired away from another recruiting job increased by 33 percent between January 2019 and March 2020. It rose by 59 percent between April 2020 and June 2021.

As the LinkedIn report mentioned, “[employers are] increasingly competing for the same narrow set of candidates.”

More recruiters are being hired from HR: Specifically, 10 percent more HR professionals became recruiters over the past 14 months. The same period saw a 24 percent decrease in those hired from sales roles.

The reason: “Companies are relying more on the surer bets who can ramp up quickly.”

Wanted: people with people skills: Key skills needed by recruiters can often be found in people with experience in account management, sales, customer service and administration. Specifically, these people know how to build relationships, influence decisions and tell stories.

“They may need training in how to recruit,” the report said, “but many of their other skills translate well.”

For recruiters thinking of changing jobs, balance, compensation and culture remain priorities: But many other preferences have changed since COVID first appeared. Job security has risen 21 percent as a priority for job-hunting recruiters, and the idea of purposeful mission rose 19 percent.

People Remain at the Heart of Recruiting in the Digital World

Addressing these challenges will involve more than technology.

Jonathan Kestenbaum, managing director of technology strategy and partnerships for London-based AMS, said that despite roughly $10 billion invested in talent acquisition technology over the past five years, companies still need people and process built around that technology for it to be successful.

In a war for talent, employers must build the strongest talent acquisition team they can. When open roles go unfilled, the pressure grows to keep pipelines moving as quickly and freely as possible. That requires candidates who’ve mastered the skills important to recruiting, even if they’re new to the field.

Potential, it seems, is now on the same level as work experience.