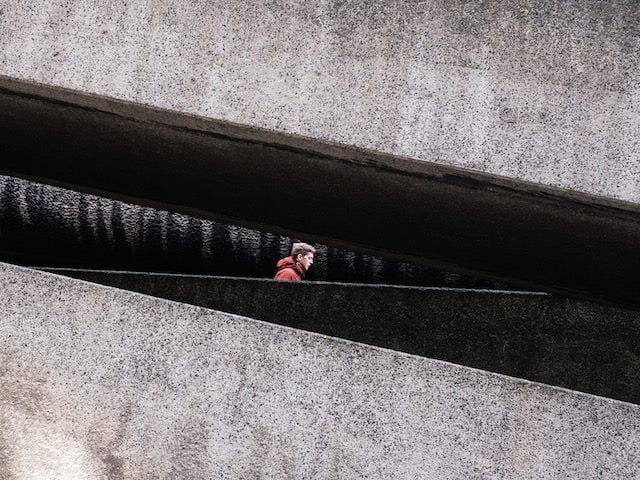 The Work Needed to Overcome the Class Pay Gap

Aside from the debauchery of the characters, a noticeable feature of the HBO/BBC drama "Industry" is the upper-class backgrounds of the leads: Yasmin comes from a wealthy family while Gus is a graduate of Eton and Oxford. To Harry, the only lead with a working-class background, these characters navigate through life knowing precisely what to say and how to act. In contrast, he visibly struggles to fit in in a world the rest of the cast feels comfortable in.

This type of scenario is also highlighted in the Social Mobility Foundation's recently published short film, "Stay Down." The movie charts the hardships faced by the lead — played by Michael Socha — as he attempts to fit in sufficiently in his financial firm to secure the promotion he yearns for.

All this reminds me of my recent visit to the EHL Hospitality Business School in Lausanne and the class disparity it revealed.

'Butler to the World'

Switzerland has long been seen as a kind of "butler to the world." This became evident upon my trip to EHL, whose students are quite possibly the most polished bunch I can recall seeing on any campus I've visited. My student guide for the day casually showed me around while donning a dashing tweed suit. This is no surprise, though: the university states that its dress code prepares students for any business encounter, and at EHL, around 30% of graduates go into finance.

While the university aims to be as diverse as possible, they don’t have data on the makeup of their student body. There is an air of opulence in the way they speak, act, and look — and research from the Social Mobility Foundation suggests that it contributes to a "class pay gap" of over 13% in the UK. The research was published on November 14, which is when working-class professionals effectively stop earning.

"When we're talking about class biases, we're generally not speaking about explicit factors as we see with various other forms of discrimination," Sarah Atkinson, CEO of the Social Mobility Foundation, told me. "Instead, it is often more implicit biases that emerge from how people are able to present themselves and the way in which employers judge potential and capability from that."

As well as presenting a more polished veneer, people from white-collar backgrounds can often access networks to advance their careers — a lifeline not offered to working-class people. This is especially pertinent in a world where 50% of job vacancies are filled via referrals.

Researchers from the Social Mobility Foundation examined pay data from 2014 to 2021 across 15 different occupations. They found that working-class people often face considerable disadvantages when gender and race are considered. For instance, working-class men earn nearly £10,000 more annually than their female counterparts, even in managerial positions.

However, the most "class-ridden" roles included CEOs, finance managers, management consultants and solicitors. By contrast, professions in engineering, journalism and science tended to be more egalitarian and had a smaller pay gap. In fact, working-class scientists actually seemed to earn more.

According to Atkinson: “In Britain, it still — quite literally — pays to be privileged. The existence of a class pay gap shows that Britain remains a deeply unequal society; people from working-class backgrounds not only face barriers getting into the professions but also barriers to getting on.”

Related Article: Why More Women Than Men Are Quitting in the Great Resignation

Overcoming Class Disparities in the Workplace

So what can be done to overcome class difficulties in the workplace and ensure work is more meritocratic for all? A number of possibilities exist, but here are some of the most accessible for any organization to implement:

It's often said that you can't manage what you can't measure, so the first step to measure class diversity is through your organization. We can already see this being done in organizations such as KPMG, PwC and Clifford Chance, and it's clear that more need to follow suit.

It's for organizations to place great emphasis on their culture these days, and with good reason: a good cultural fit usually results in higher levels of employee engagement and productivity. This isn’t without risks, however, and can often result in hiring people that mimic the people already within the organization. This can perpetuate outstanding biases, so it's important to understand the risks involved placing cultural fit at the center of your recruitment and retention efforts.

Related Podcast: Why It's Time to Be More Transparent About Pay

When it comes to recruitment, you may have a set of approaches you return to repeatedly. For instance, you may pull from the same universities or cities, but this severely limits your hiring pool as many potentially great candidates become invisible to you. With labor shortages on the rise, double-dipping doesn’t cut it anymore, especially with millions of these so-called "hidden workers."

Local organizations can be great ally when looking for talent in new places because they can provide a bridge between you and previously unknown communities. According to our research at the University of East Anglia, housing associations, workforce commissions and other such organizations can help to fulfill this role.

Atkinson conlcluded with this statement: “To initiate positive change and end class pay gap disparity, we need greater transparency, more drive for the change required, and action to make it happen now," She said "We need organizations and government to recognize this and commit to creating a more equal, equitable, and inclusive society that doesn’t penalize those from working-class backgrounds but that truly levels the playing field."

I currently advise the European Institute of Innovation & Technology, am a researcher on the future of work for the University of East Anglia, and was a futurist for the sustainability innovation group Katerva, as well as mentoring startups through Startup Bootcamp. I have a weekly column on the future of work for Forbes, and my writing has appeared on the BBC and the Huffington Post, as well as for companies such as HCL, Salesforce, Adobe, Amazon and Alcatel-Lucent.