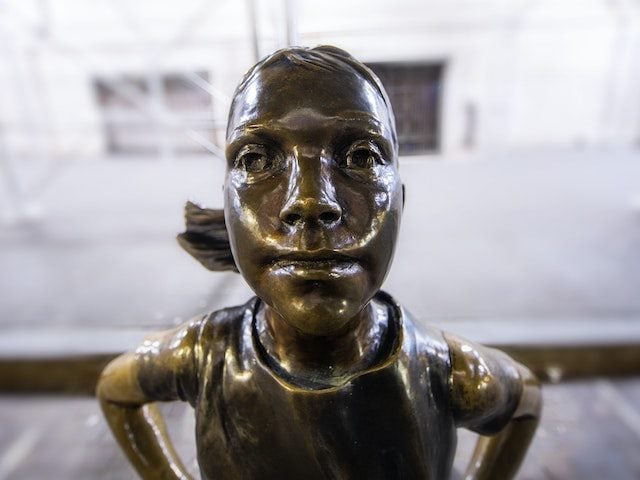 Why More Women Than Men Are Quitting in the Great Resignation

In 2021, 48 million people quit their jobs, according to the US Bureau of Labor Statistics in what has become known as the Great Resignation. That's more than twice the population of the state of New York. And it has continued into 2022.

While it is unclear whether this trend will continue much longer, we know at this point is that it has affected more women than men. According to research by Gusto, a cloud-based payroll and employee benefits company, the quit rate for women was 1.1 percentage point higher than that of men.

The gender gap is even more significant when looking at industries where women are underrepresented. Research from Gotara, the Seattle-based creator of a career platform for women in STEM industries, finds that half of women in STEM careers are ready to join the Great Resignation, and 56% of those surveyed said they were ready to leave their employer within the next three months.

What is driving this movement among women, and is there anything organizations can do to retain their female workers?

The Roots of the Attrition Gender Gap

The Gotara report provides interesting insights into the Great Resignation, which tends to be treated as a single phenomenon in time, rather than a movement that is driven by several underlying themes and trends.

The research indeed shows that even before the pandemic, up to 40% of women in STEM were quitting within five to seven years after launching their careers, compared to a 23% attrition rate for men in the same industries. The primary reasons women reported for leaving their employers include:

Being overworked (9%), not being heard (6%) and having low or non-competitive compensation (6%) were also on the list.

It's been widely reported by now that unhappiness at work does not stay at work. Stress and a lack of work-life balance have the potential to affect every aspect of a person's life. The Gotara survey clearly demonstrates this. Women preparing to quit said their primary reason for leaving was that the the job was negatively affecting their mental health (54%), financial reasons (28%), and because of the negative effect on their relationship with their children (13%).

The Role of Psychological Safety

Psychological safety is the belief that a person's surroundings are safe for interpersonal risk-taking. In the modern digital workplace, this may mean, for example, a person having the ability to let a manager know they will be offline for an hour to pick up a child from daycare. With a solid level of psychological safety in the workplace, this employee would not fear that this personal duty and hour away from work would negatively impact her career or status within the company.

Susan Hunt Stevens, founder and CEO at Boston-based employee engagement platform WeSpire, said that to counter the negative experiences many women are having in the workplace, it is important to consider whether they feel psychologically safe within the workplace.

“When employees don’t feel safe, they tend to leave for a place where they will. As you help drive more psychological safety in the workplace, especially for women, you’re in turn helping to drive more inclusivity and gender equality across your organization," she said, adding this also helps to drive better performance in addition to equity and inclusion. "Research has showed that teams with the highest levels of psychological safety are the highest performing teams.”

Through setting consistent expectations, having honest communication and supporting a healthy work/life balance, women are more likely to feel safe and remain part of the team. Stevens warns, however, that psychological safety can be destroyed quickly, especially in a remote environment where more messages are sent digitally and may, as a result, lose their context or intent.

Related Article: How to Build a Culture of Inclusion That Delivers Results

Look Beyond Inclusion for Signs of Systemic Bias

Zoë Morris, president of the UK-based Frank Recruitment Group, said real inclusion is more than just a woman's presence on a team. Organizations — and industries — seeking to implement transformational initiatives to be more inclusive should consider things like how culture and power dynamics may be preventing some individuals from fully participating or how unconscious bias may be impacting how someone's work is assessed.

“We know, for example, that the prevalence of gendered language in job listings and marketing copy can be a major deterrent to women who might otherwise apply," said Morris. "Similarly, women need to have access to leadership positions because we know that visibility and representation play a role in determining who feels like they should apply.”

According to Morris, if organizations want to retain their female staff, they need to make inclusion a company-wide priority, so that it is something everyone is working toward in both policy and practice. Diversity training, workshops and team days will have the most impact if participants have a sense that creating an inclusive environment is a shared responsibility. This kind of intention and ensuring that women are involved in the design processes for new initiatives will give companies the best chance of retaining their staff.

It takes time, focus and repetition to build a truly inclusive culture in the workplace, particularly when working to shed a legacy bias. Steven McConnell, director of marketing at Australia-based career consulting company Arielle Executive, said the changes required sometimes reach as far down as to how an organization has been set up in the first place.

In his view, organizational leaders seeking to make an impact need to set the cosmetic improvements aside and first focus on making their workplace women-friendly. To do so, companies may want to consider two critical aspects to start the process:

1. Female representation at the management level

It is unfair for companies to capitalize on women's unique insights and intellectual contributions without including them in the decision-making process. Having a balanced representation of women at the upper and executive management levels helps organizations set the tone at the top and advocate for enhanced diversity in the workplace.

“Having women as leaders, companies will also have the ideal messengers who can effectively get through to female members, closing the distance between the organization itself and the women of the workplace,” McConnell said.

Research has shown that family responsibilities are one of the leading motivations that drive employees to leave during the Great Resignation. With women still bearing greater obligations for childcare, allowing for more flexibility and freedom to deal with family situations will help them feel valued by the organization.

“The security of a job while being able to perform familial duties will, then, increase satisfaction. Nothing increases morale better than feeling supported and understood by their company,” said McConnell.

Related Article: The Number of Female Executives Is Shrinking and It's Only Getting Worse

Create a Positive Place for All to Work

The most common reason for women leaving their employers is because they feel like they don't have a voice. When women feel like their opinions do not matter, it affects their productivity and the quality of their work, said Gauri Manglik, CEO and co-founder of San Francisco-based Instrumentl.

To avoid this situation and retain female workers, organizations need to start listening better — and act on it. It's not enough to have women in the workplace and have the same responsibilities and opportunities as all other employees. They need to feel heard and valued for their contribution.

Leaders who are not sure what this means should start by asking employees what they want: Do they want more female mentors? Do they need a more flexible schedule to help balance work and family life? Do they feel their environment isn't supportive of them?

This is a critical discussion prompted by the Great Resignation — and one that extends well beyond questions of workplace diversity. New ways of working and new approaches to work in general have brought forward many ideas to help, one of which is the importance of creating a positive and supportive experience for everyone. 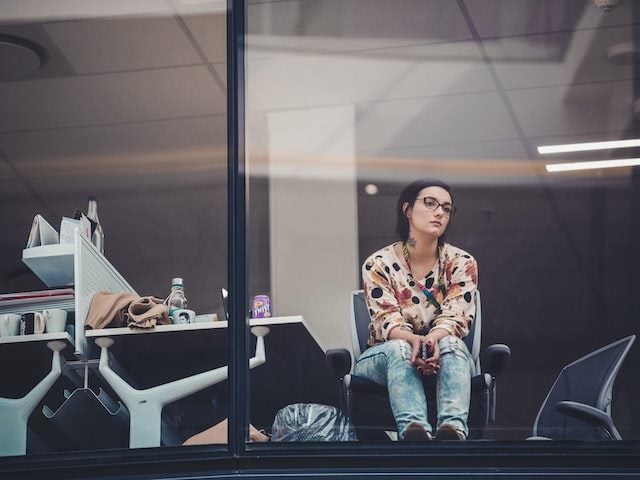 Stop Attrition Before It Starts 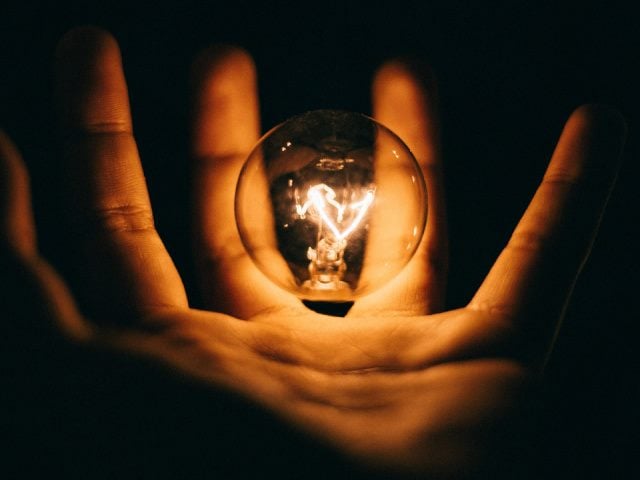 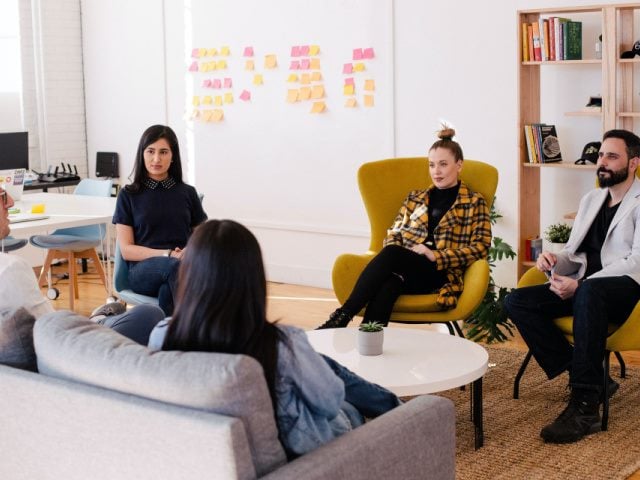 What to Know About Human Resource Management