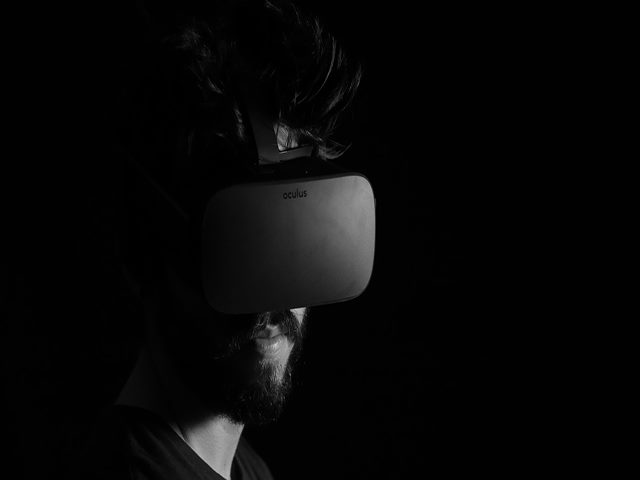 Here's What Happened in My First Meeting in the Metaverse

A package from work showed up at my doorstep a couple days before Christmas. I was hoping for more swag clothing, since I have spent the pandemic living in various hoodies, hats and shirts that my organization had sent me.

Instead, a Meta Quest 2 (formerly Oculus) was in the box with a promise that we’d be experimenting with it. AdAge even wrote about The Starr Conspiracy buying everyone at our organization the headset.

My daughter was very excited. Me? I didn’t know what to make of it. Ready or not, all I knew was that I was apparently going to move into the metaverse.

What’s the Metaverse and What Does This Have to Do with Work?

Of course, I had heard of the metaverse before and was right to be skeptical. WIRED writer Eric Ravenscraft nailed the description as a sort of new “cyberspace” — a descriptor that encompasses a substantial change in how we interact with technology, and one that might be just as cringy in five years.

The metaverse ostensibly covers virtual reality worlds and augmented reality worlds. The Meta Quest 2 allows you to do both, though it is mostly a VR platform. But the metaverse could also encompass a virtual identity and digital economy, with some level of interoperability.

That vision is still far off, though. Today, the metaverse exists primarily in proprietary headsets and software with Meta, the problematic parent company of Facebook, as a dominant player.

While it’s primarily a gaming and social platform, there are a few productivity apps. One is Meta’s own Horizon Workrooms, which allows people to work and collaborate in the metaverse. It’s received mixed reviews.

Pros and Cons of the Metaverse Meeting

People like Bill Gates have been big fans of the possibilities of the metaverse in the workplace. Gates wrote late last year:

Within the next two or three years, I predict most virtual meetings will move from 2D camera image grids — which I call the Hollywood Squares model, although I know that probably dates me — to the metaverse, a 3D space with digital avatars. Both Facebook and Microsoft recently unveiled their visions for this, which gave most people their first view of what it will look like.

While the technology continues to advance, Gates sees it crossing the threshold where technology can start to replicate the experience of working together in person. Not everyone is a fan. Allison Berke and Betsy Cooper, two people deeply embedded in the research of human interaction with technology, see big downsides:

Assuming the metaverse is the future of work ignores both decades of research into human interactions and the results of our collective experiences with remote work over the past two years. We need technology to help us bring others into our remote physical spaces. Virtual avatars instead leave us disoriented, without a physical space at all.

As Berke and Cooper point out, there are unrealized or ignored emotional impacts that the metaverse doesn’t solve for. The lifelessness of avatars increasing outrage and antisocial behavior is just one example.

Desperate for Something Other than Zoom

Even Berke and Cooper admit that we can’t live in a video call reality forever. So, if the metaverse is the next best thing today, how is it?

My first meeting in Horizon Workrooms was disorienting at first, but I quickly got the hang of it. The headset’s cameras could track facial expressions and hand movements without having to use controllers. I was even able to present my actual computer screen to a group of about 15 people, as I would in Zoom. They could consume it on a virtual theater screen or in front of their own virtual desk.

Two things stood out, though. The first was that spatial audio is uncanny. I was sitting virtually next to my coworker in Texas, and we were able to have a side conversation. When someone across the virtual space called my name, I was able to pick it up and immediately respond, naturally projecting my voice. Even though I had tried games out in my spare time, they didn’t really feel as immersive as that space.

The second thing that stood out was how bad the experience is for anyone not in a headset. Watching other people and trying to interact with people using your laptop or phone felt similar to the experience of trying to get the attention of a conference room as the only remote attendee. It’s substantially worse than Zoom because you don’t get to see any humanity in the people you’re talking to. There could be fixes to this coming — tracking with cameras and headphones with spatial audio already exists in theory — but you need a headset to experience it well today.

Regardless of whether this particular piece of technology works well for us or anyone, it’s clear organizations have a mandate to do something about a soul-killing, Zoom-only existence. Eventually, an in-person component will play a role, but bridge technologies might enhance other interactions. And even that can make a skeptic excited.