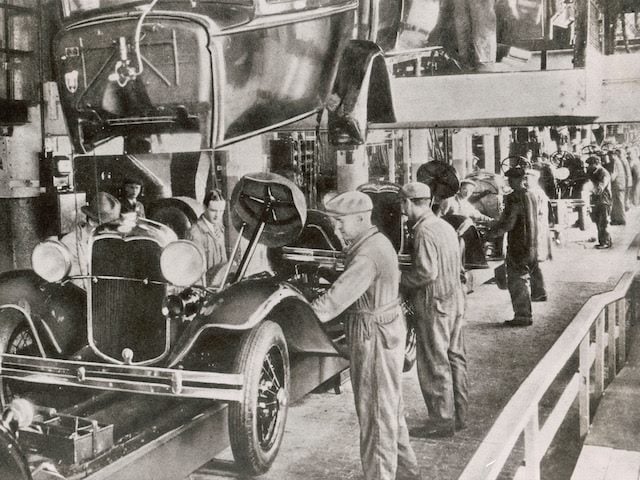 It’s 2022: Can We Finally Escape the Productivity Paradox?

They [the authors], like everyone else, are somewhat embarrassed by the fact that what everyone feels to have been a technological revolution, a drastic change in our productive lives, has been accompanied everywhere, including Japan, by a slowing-down of productivity growth, not by a step up. You can see the computer age everywhere but in the productivity statistics.

The final line has come to be known as the “Solow Paradox” and has been quoted frequently in the decades since, in times of slight productivity increase or when productivity falls. Solow’s words are often invoked when discussing the promise (or peril) of artificial intelligence, or why we don’t have autonomous cars, yet.

The discussion about the mismatch between large investments in technology and predicted labor productivity seems to never die down, along with the associated claim by optimists that we just haven’t figured out how to take advantage of these tools to make people more productive. But maybe we are investing in the wrong technologies?

MIT economist Daron Acemoglu plots the history of wages against automation, and makes the claim that businesses are investing in automation rather than human productivity. “Wage growth since the late 1970s has been much slower than during the previous three decades. And this growth has been anything but shared,” Acemoglu writes, alluding to the growing wage gap between executives and everyone else.

“While in the four decades after World War II automation and new tasks contributing to labor demand went hand-in-hand, a very different technological tableau began in the 1980s — a lot more automation and a lot less of everything else,” he continues. And then, his bottom line:

Automation acted as the handmaiden of inequality. New technologies primarily automated the more routine tasks in clerical occupations and on factory floors. This meant the demand and wages of workers specializing in blue-collar jobs and some clerical functions declined. Meanwhile professionals in managerial, engineering, finance, consulting, and design occupations flourished — both because they were essential to the success of new technologies and because they benefited from the automation of tasks that complemented their own work. As automation gathered pace, wage gaps between the top and the bottom of the income distribution magnified.

The causes of this broad pattern — more automation and less effort directed toward increasing worker productivity — are not well understood .... Whatever the exact mechanisms, technology became less favorable to labor and more focused on automation.

Productivity Is the Wrong Measure of Human Performance

First and foremost, as what can be automated is being automated — as quickly as businesses and technology can — human performance must be centered on outcomes, not output. Rather than mere productivity, where metrics are skewed toward simply pushing more down the assembly line or emulating robots, 21st century performance must take into account organizational and business progress which do not factor into the limited measures that industrial economics tracks. An increased emphasis on innovation, learning and new organizational foundations is emerging, where improving the status and voice of workers becomes as important as running the machinery of business faster. And these activities — learning more about customer needs, rethinking how we deliver value in a changing economy — require the investment of time by people. Automation may come at the end of these processes, but not at the start.

While it is too soon to have any sort of broadly objective perspective on what we learned in the past few years of the pandemic, it’s not too soon to identify some threads that are likely to form the basis of a new post post-industrial policy.

In the past few years, we’ve witnessed many corporations reflexively aim to get folks back into the office, driven by a combination of senior management’s unfamiliarity with cooperative tools and a mistaken belief that in-office interaction is inherently better. Distributed work alternatives have been treated as a fallback or as emergency measures.

And in the worst case, many companies fall back on surveillance, institutionalizing bias against all but the most extroverted, and doubling down on people policies that were already understood to be unhelpful even prior to the pandemic, such as forced-rank performance reviews, and management-by-walking-around.

In essence, some of the worst aspects of managing people — such as lack of trust and unwillingness to increase work flexibility — have been amplified in the past few years, one of the major factors in what is generally called The Great Resignation.

Related Article: How to Keep the Great Resignation From Sinking Your Workforce

We have moved into an era of what might be characterized as cooperation at scale, a new synthesis of technologies and practices to better communication, coordination and consideration.

Communication and coordination tools have become essential to the everyday conduct of business. These — like work chat and video chat, work management tools, and tools to augment decision-making, ideation and asynchronous communication — have moved from a secondary role to the foreground of work practice. We are adopting science-based techniques, like carving out chunks of time each day and each week for people to accomplish “deep work” by channeling synchronous communication into defined calendar slots, that improve outcomes, generally.

A major driver of these practices is growing awareness of the benefits of greater autonomy for individuals, teams, and larger organizational units, and a correspondingly different role for management. Instead of telling people (or teams, or larger groups) how to accomplish their goals, managers yield to self-organization and therefore find themselves acting more as facilitators: setting high-level goals, making sure needed resources are available, suggesting means to cooperate toward mutual goals, and creating an organizational environment where cooperation can scale by removing barriers to innovation and progress.

Consideration is not generally found in any recitation of major factors in business operations, but when approached instead as work culture, consideration is an obvious characteristic for post-normal work. Consideration has two relevant meanings in this context.

First, careful thought, typically over a period of time. The basis of the best decision-making is to slow it down, and in the context of increasingly autonomous work, that consideration must involve gathering advice from anyone who is impacted by decisions.

But the second meaning of consideration is most critical: the new normal for business will have to be consideration for the needs of all people, and especially their well-being, in a world that we have seen is subject to dramatic and dangerous perturbations.

The challenge, then, for human performance in the 21st century is learning how to adopt techniques that have been shown to help people find meaning, purpose and belonging at work, while transcending economic notions of productivity. It is a difficult road ahead, building on and beyond basic productivity to higher human performance. But whatever path we find through, the balancing of communication, coordination and consideration — cooperation at scale — will likely be the wellspring of organizational success.

Related Article: Can Deep Work and the Digital Workplace Coexist?