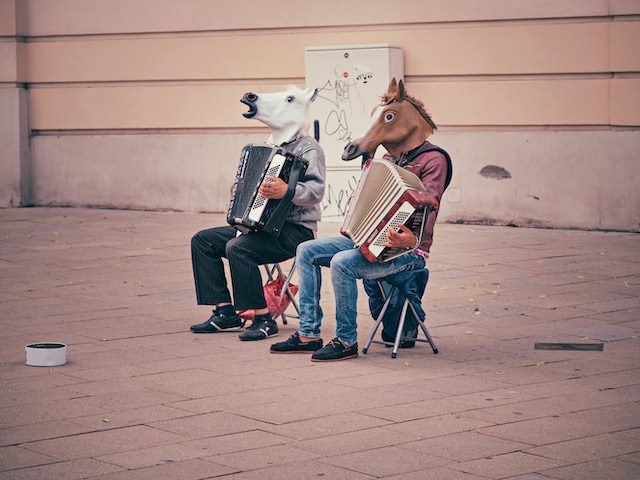 Microsoft Syntex Gets a Relaunch, Leaders Are Stressed, More News

When Microsoft pushed SharePoint online and moved to making ongoing incremental updates, it arguably dampened a lot of the buzz and build around platform releases that had previously led to months of speculation about what was on the way.

One of the biggest announcements out of Microsoft Ignite this year put SharePoint back in the spotlight, namely the relaunch of Microsoft Syntex. The company described Syntex as a Microsoft 365 service that uses AI and machine learning to bring intelligent document processing to SharePoint libraries.

The release of Syntex services allows users to build AI models that will ultimately enable them to automatically find, organize and classify documents in SharePoint libraries.

The company first launched what was then known as SharePoint Syntex during its 2020 Ignite conference. At the time, the company described it as such: "SharePoint Syntex mainstreams machine teaching, enabling your experts to capture their knowledge about content in AI models they can build with no code. Your experts train SharePoint Syntex to understand content like they do, to recognize key information, and to tag content automatically."

The current version appears to flesh out those metadata tagging capabilities to create a more robust offering.

A Microsoft blog stated that Syntex would enable the automation of content-based processes in SharePoint by capturing the information contained in business documents and turning said information into accessible and workable insights and knowledge.

The new service brings content AI into the flow of work, wrote Microsoft 365 general manager Seth Patton. "It puts people at the center, with content seamlessly integrated into collaboration and workflows, turning content from a cost into an advantage. Syntex automatically reads, tags, and indexes high volumes of content and connects it where it has needed — in search, in applications, and as reusable knowledge."

The release isn't only important, it's potentially a game changer according to Alan Pelz-Sharpe, the founder of Deep Analysis. He explained in a newsletter update that the analyst firm had “stuck our neck out this week” and described it as “the biggest [news] since SharePoint in our industry.”

He offers a more detailed analysis of the release elsewhere, but for brevity his newsletter statement summed it up: “Microsoft has announced a massive expansion of functionality to SharePoint, providing tools for document capture, assembly, summarization, translation, and processing. But the question is, what does that mean beyond the Microsoft customer base itself?”

Pelz-Sharpe noted the ripples this will create in the market. "Microsoft may be the biggest player in the market, but it's certainly not the only one doing well. Hyland, Box, Laserfiche, OpenText, and IBM, to name but a few, are active and, in most cases, thriving."

Will Syntex have as big an impact as the original SharePoint release more than 20 years ago? Pelz-Sharpe offers a qualified yes, but clearly it is too early to say.

The past two years have seen a glut of research into the employee experience and engagement of rank and file workers. New research out this week from the Slack-backed Future Forum looked at how executives have been faring in the current upheaval, and found satisfaction levels have dropped 15% over the past year.

Executives also reported record low experience scores, including a 40% increase in work-related stress and anxiety over the last year.

The findings are from the The Future Forum Pulse, a quarterly report the group first started in June 2020. The current report is based on a survey it ran Aug. 3 - Aug. 21 of this year of 10,766 workers in the US, Australia, France, Germany, Japan and the UK.

A number of figures are striking in the context of the current digital workplace. Among them:

One other statistic is worth watching too. It showed that despite efforts to maintain manager and employee engagement by improving workplace experience, 40% of workers experienced burnout — an 8% rise from the last report in May — with the most significant increase in the US, where 43% of desk workers reported feeling burned out.

What is interesting here is declining productivity is often cited as a major concern by executives resisting flexible work models, the figures suggest these concerns are untethered from reality.

The Future Forum was founded in 2020 by Slack with founding partners Boston Consulting Group, MillerKnoll and MLT to help companies redesign work in the new digital-first workplace. Its findings around the effectiveness of flexible work environments have been supported by other research.

“We’re still in the middle of the biggest workplace paradigm shift we’re apt to see in our lifetimes, and leaders are feeling that pressure,” Sheela Subramanian, vice president and co-founder of Future Forum, said in a statement accompanying the research.

"The macroeconomic conditions, the continuing Great Resignation, and the push-pull between executives and employees on issues of workplace flexibility are making it harder to lead with confidence — you can no longer rely on the old leadership playbooks.”

During the recent Cloud Next conference, Google announced it would be introducing a number of third-party integrations in the coming months in its efforts to make the different tools and apps in Workspace more effective. One upgrade worth mentioning in this context is the ability to transcribe Google Meet calls directly into Google Docs.

According to the company, the addition works by creating a transcription file which is then saved in the “Meet Recordings" folder. The new feature is only accessible via desktop or laptop, currently only supports English transcriptions and is only available for meetings of up to 200 attendees. The meeting organizer will receive a link to the transcription document by email after the meeting has ended and it will be attached to the original meeting invite.

While this is a small addition, it can prove to be a boon for people who spend a lot of time in meetings.

Although Google didn't explicitly say so, it will likely be possible to use these transcripts with analytics to use them for better insights, which would underline Google’s ambition to push Meet to the center of its vision of the digital workplace.

The company stated it would use the funding to accelerate development of consumer and enterprise open AI models for image, language, audio, video, 3-D and more. Stability AI is the company behind DALL-E and Midjourney competitor Stable Diffusion, a free and open-source text-to-image generator the company launched in August. The company claims Stable Diffusion has been downloaded and licensed by more than 200,000 developers globally since launch.