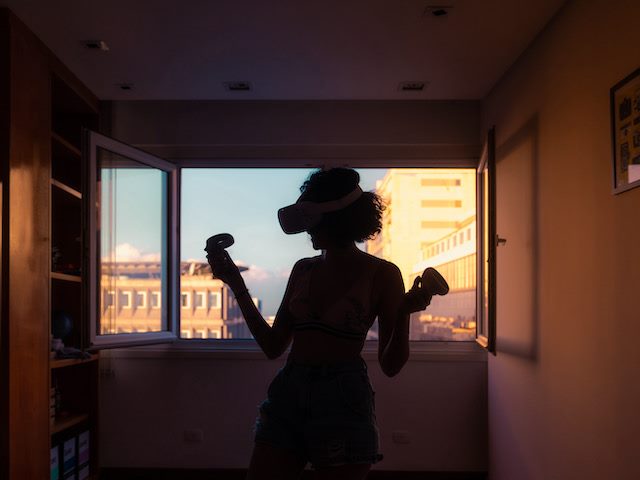 All aboard! Hop on the metaverse train, because according to the latest buzz, the metaverse is going to change everything about how we interact with each other. And it is coming faster than you might believe. If it’s that important, perhaps we should sit up and listen.

What Is the Metaverse?

With all the hype surrounding the metaverse, it's surprising there is no one accepted definition of the term. I like the Encyclopedia Britannica’s definition: “the metaverse is a network of always-on virtual environments in which many people can interact with one another and digital objects while operating virtual representations — or avatars — of themselves. Think of a combination of immersive virtual reality, a massively multiplayer online role-playing game and the web.”

The promise of the metaverse is to transform our everyday online experience of keyboard, mouse and 2-D screens to a photo-realistic, immersive, 3-D one. Instead of navigating with a mouse and typing text, we will move about the metaverse using motions and gestures, and interact with people (well, avatars) with complete social-fidelity. Think next-generation Second Life with glasses, where you are actually moving in the virtual space.

Companies are investing heavily in the metaverse because the market potential is huge. According to Emergen Research, the global metaverse market size was $47.69 billion in 2020 and is expected to grow at a rate of 43.3% CAGR through 2028.

Is the Metaverse New?

“Hiro [the protagonist] is in a computer-generated universe that his computer is drawing onto his goggles and pumping into his earphones … this imaginary place is known as the Metaverse.”

“The Metaverse is a fictional structure made out of code. And code is just a form of speech — the form that computers understand."

Just three years after Stephenson’s book appeared, The New Scientist published an article entitled, “How to Build a Metaverse.” In the article, author Joe Flowers described his own experience in the 1995 version of the metaverse:

“I’ve been there. There were no goggles, no earphone-pumped sound, just a cyberspace world, where I could walk its streets, talk to its people and sit under its trees .…”

Flowers detailed his metaverse tour, where he visited a theater, a convention center, an interactive art gallery, a virtual bank, a virtual main street, and even a virtual South Park. After the tour, Flowers quoted one of the creators of that early metaverse who admitted that his metaverse was indeed early:

“A scalable infrastructure for simulating virtual worlds and articulating avatars that interact with each other isn't there yet. We have a ways to go to get to a ‘Snow Crash’-style environment … but it’ll be within range of the average computer consumer within two years.”

Two years? And what could we expect from that advanced 1997 version of the metaverse? Here's a taste of the ideas floated in the New Scientist article:

And my personal favorite:

Fast forward 30 years and Facebook, er, Meta CEO Mark Zuckerberg 'introduced' the metaverse in October 2021, calling it “the next chapter of the internet … a platform that will be even more immersive — an embodied internet where you’re in the experience, not just looking at it.” In Zuckerberg’s words:

“We believe the metaverse can enable better social experiences than anything that exists today, and we will dedicate our energy to helping achieve its potential .… The metaverse is the next frontier in connecting people, just like social networking was when we got started.”

The metaverse a la Facebook is “a means of manufacturing immersive digital spaces for a range of human activity … through … virtual and augmented reality headsets.”

And what killer apps does Zuckerberg foresee for his metaverse? One choice example is “Metaverse Face,” a platform to create virtual world avatar faces. Using Face, you can interact with other people via personalized, customized avatars. And one of their big innovations is to secure your avatars as NFTs to prove your ownership.

Zuckerberg concludes, “this future is going to be beyond anything we can imagine.”

One can hardly wait.

Related Article: Why Facebook Is Taking the Metaverse to Europe

Of course, Meta isn’t the only company to jump on the metaverse bandwagon. Shortly after Meta’s announcement, Microsoft CEO Satya Nadella announced an update to Mesh, Microsoft’s version of the metaverse. Unlike Meta, Microsoft sees its metaverse as belonging primarily to the workplace, enabling workers to “connect and collaborate with a feeling of presence through personalized avatars and immersive spaces,” by giving workers the ability to:

Like Zuckerberg, Nadella claims (at least partial) ownership of the metaverse concept, saying that it’s not new, “in fact we have had a metaverse for a long time … it’s called [Microsoft] Altspace,” (a social VR platform Microsoft purchased in 2017).

Of course, leadership of the metaverse is not just a two-horse race. In fact, today’s metaverse has many contenders, including hardware vendors offering glasses/goggles and motion controllers, component vendors proffering specialized computing chips and data crunching infrastructure, gaming companies selling next-gen immersive experiences, plus the platform companies like Meta, Microsoft, Nvidia and Magic Leap, who purport to offer the entire package, soup to nuts. Notably missing from the melee is Apple, who, according to the rumor mill, is working on something behind the scenes.

A lot of the buzz around the metaverse sounds awfully familiar. And it should. Because many existing virtual reality (VR) and augmented reality (AR) offerings are simply being rebranded as metaverse offerings. Examples include solutions from companies like Magic Leap, Unity and Nvidia.

Where Do We Go From Here?

Before we hand over the keys to Zuckerberg and Co., it behooves us to heed Stephenson’s warnings about what happened to his original metaverse:

"They made the place too vulnerable. They figured that the worst thing that could happen was that a virus might get transferred into your computer and force you to un-goggle and reboot your system. Maybe destroy a little data if you were stupid … Therefore, the Metaverse is wide open and undefended, like airports in the days before bombs and metal detectors, like elementary schools in the days before maniacs with assault rifles. Anyone can go in and do anything that they want to. There are no cops. You can’t defend yourself, you can’t chase the bad people.”

“We have a small, extremely literate power elite — the people who go into the Metaverse, basically — who understand that information is power, and who control society .…"

Oh, one other thing. In "Snow Crash," upon hearing the term metaverse for the first time, one of the characters responds, “stupid name.” To which the protagonist responds, “But you’ll never forget it.” Now, ain’t that the truth.