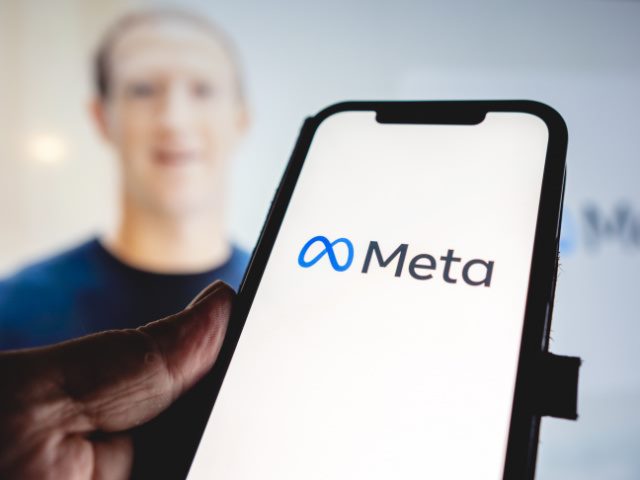 After Meta (Facebook) missed on earnings, lost some users and dropped more than $200 billion in market cap this week, analysts and journalists focused on the pivot. The company had poured billions into Reality Labs — its division working to combine virtual reality, augmented reality and 2D screens into a vague concept called the metaverse — and that had come at a cost. “Meta spent $10 billion on the metaverse in 2021,” The New York Times wrote, “dragging down profit.”

Now, the inevitable calls are coming for Meta to focus on its legacy business and deprioritize its abstract future. “They made a classic strategic error in changing the name of the company to a thing that is not even in existence yet,” Ritholtz Wealth CEO Josh Brown said Thursday. But counter to the narrative, the company’s poor earnings results show it should do just the opposite.

Meta’s legacy Facebook business has hit a ceiling. Facebook’s daily active user count dropped in the fourth quarter of 2021 and it fell short of monthly active user expectations as well. The company expects to bring in less revenue than anticipated in the first quarter this year, and it faces growing threats from Apple, TikTok and regulators. This is not a business you want to prioritize. It’s one you preserve long enough to give yourself a runway to focus on what’s next.

When Mark Zuckerberg renamed Facebook to Meta in the heat of the Francis Haugen leaks last fall, many assumed it was a head fake to get people talking about the company’s innovation vs. its scandals. That might’ve been so. But Meta also spent billions last year to make its virtual and augmented reality aspiration a physical reality. It lost $3.3 billion in this pursuit in the fourth quarter last year alone. If the company believes the metaverse will be the future, and the money indicates it does, then it needs to run toward it now that its legacy business is flagging. The last thing it can do is retreat.

Meta’s moment today is reminiscent of Microsoft’s when it was deciding between Windows and the cloud. Microsoft was running a great business with Windows, a desktop operating system, but it had a chance at running a longer term, more sustainable business if it enabled companies to build applications for the browser (aka cloud computing). Helping developers build for the browser would hurt Windows since cloud applications could run on a Mac or any device with a web connection — not just a Windows machine. But Microsoft saw the opportunity and went ahead, even when many of its own customers, attached to the old ways, said they would never move to the cloud (they did).

The metaverse is more abstract than cloud computing and may never materialize. (Meta’s Oculus VR app, for instance, topped iOS App Store on Christmas and it’s dropped to No. 176 today.) But now that Mark Zuckerberg has tied the company’s future to the concept, it can’t afford for it not to work. Like Microsoft, Meta has an opportunity to shape its future. Its effort and execution will influence whether we’ll spend time in the mixed-reality future it envisions. And even better, virtual and augmented reality’s growth do not conflict with its core product. So there’s no business logic to hold back now.

For Meta’s reinvention to work, the key barrier — as it was for Microsoft — will be culture. The New York Times this week published a story that featured anecdotes from aggrieved employees objecting to the metaverse pivot, including some who management encouraged to reinterview for other jobs within the company so they could work on products it cared about. “Workers were expected to adopt a positive attitude toward innovation or leave,” the Times said, citing one employee, “and some who disagreed with the new mission have departed.”

Those who object to the move are thinking short-term. Meta could simply focus on building for the 3.59 billion people using its apps each month, and that mass of people would keep its business strong for many years to come. The history of tech, though, is filled with companies who got comfortable with their flagship businesses and simply floated off to irrelevance. Before this week, the metaverse was a long-term project. Now that Facebook’s flagship business has topped off, it’s metaverse or bust.