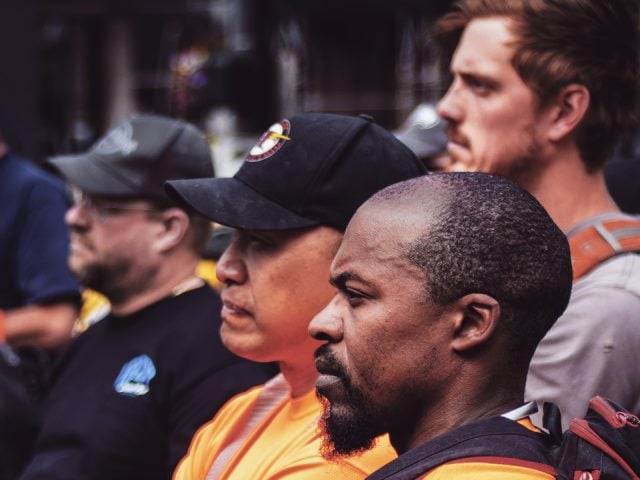 If ever there seemed to be a reckoning coming for big businesses in the US, surely it would come in Bessemer, Ala.

The suburb of Birmingham, rated one of the worst places to live in the state due to its especially high rate of violent crime, is also home to a large Amazon distribution warehouse since 2018. The labor movement had targeted the tech and online retail giant in their quest for a big labor win that could have implications for hundreds of thousands of workers across the country.

While pay at the Amazon warehouse was high for the area — double the minimum wage in Alabama — some prognosticators felt that the difficult working conditions and ever increasing threat of robotization replacing human workers gave them a chance. The rising feeling of inequality would also be on the union organizing side as Amazon and founder Jeff Bezos in particular had done well throughout the pandemic.

Most of the people that have followed the labor movement gave Bessemer a long shot chance, though. In Alabama, one of about half the states in the country with “Right to Work” laws, a successfully organized union couldn’t even compel union dues from employees in a bargaining unit. Amazon also had an impeccable record in keeping unions out of their warehouses.

The union was soundly defeated in early April. Although the Retail, Wholesale and Department Store Union has said Amazon interfered with the election, it continues to be a long shot that a union will make it to Bessemer anytime soon.

Are Workers Being Hurt By Technological Innovation?

Regardless of your feelings on unions, what happened with the Amazon workforce in Alabama is hardly shocking. Unionized workforces have declined from their post-WW II boom, when they represented a third of the workforce, to just about 1 in 20 employees today.

Most HR leaders have, at best, mixed feelings about the labor movement in general and unions in particular. Even those with sympathetic political leanings would probably rather operate in a union-free environment if given a choice.

As companies innovate, roboticize and automate their way forward, are workers being hurt by technological advancement?

Research in the Socio-Economic Review revealed the nuanced reality in a study of 14 high-income countries:

"Our findings suggest that the wage share declined due to a fall in labour’s bargaining power driven by offshoring to developing countries and changes in labour market institutions such as union density, social government expenditure and minimum wages. In contrast, the effect of technological change is not robust. While we find evidence for a negative effect on medium-skilled workers, our results cast doubt on the hypothesis of skill-biased technological change."

While some would blame technology for the loss of lower skilled work in the U.S. in particular, medium-skilled workers have been most affected by technological changes according to this research. Ultimately, what the research says is driving the relative decline in the share of GDP workers take home isn’t the well-publicized automation that will replace people. Instead, it’s the decline in unions, minimum wage increases stalling out, and holes in government safety nets that are ultimately hurting workers.

Back to the Drawing Board for Labor

What seems clear from the research is that the connection between innovation investment and labor strength is fraught at best. Do some people lose their jobs due to advances in technology? It certainly seems like it. But, it’s not the people we would typically think of and it is not the type of people that labor is accustomed to organizing. There’s no paradigm shift that would give labor unions a new angle to approach possible union drives.

That could at least partially explain some of what happened in Bessemer. A $15-per-hour wage is a difference maker and perhaps even the drive to organize improved working conditions to the extent where a vast majority of workers are happy enough. They see with their own eyes how much warehouse operations are built around people and how difficult they may be to replace.

But the research also supports the core of a union’s benefit. Rising inequality is tough to counter without organization — and some help from improving union protections from the government and long overdue minimum wage increases. While the workers at a single warehouse in Alabama aren’t the end of the labor movement, it does show that the way union heads think about organizing needs to shift.

As companies across the board, union and non-union, are looking at increasing pay and benefits to entice workers back to full productivity as they spin up operations to pre-pandemic norms, there needs to be a different message in union drives. Even with proposed changes in organizing regulations to make unionization efforts easier, it can’t just be about pay, benefits and safety. It will have to connect to taking care of the next generation, the broader community, and yes, even the role that technological advancement plays on how we work.