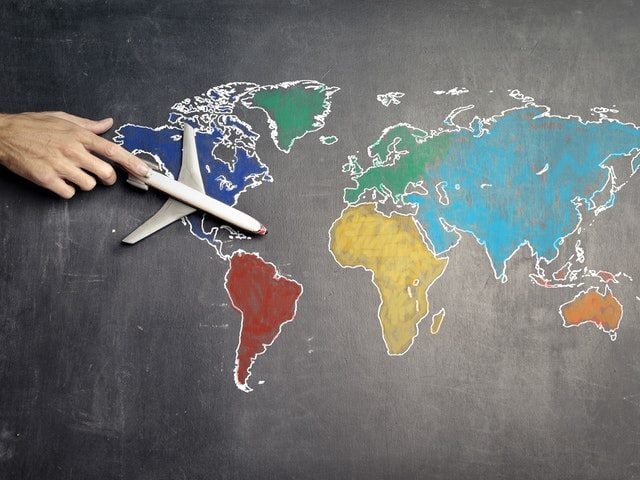 Geographic Fluidity and the Quest for Talent

A lot’s been written about how employers have taken advantage of technology to navigate the uncertainties and pressures imposed by COVID-19 across the country. But not only is technology helping businesses survive a global crisis, it’s also changing the dynamics of the labor market in fundamental ways. This is crucial at a time when the war for talent is fierce.

Facing a dearth of qualified talent and well aware of hybrid work’s popularity, a number of US companies have been hunting for new hires in other geographies. Latin America is one area that has been gaining a lot of attention from technology companies.

Bloomberg calls the trend a “logical extension” of working from home and efforts made by many workers to leave large metropolitan centers. It has its financial advantages: Many Latin American professionals will sign on for less money than their US counterparts.

One Brazilian engineering manager told the news service that although he’s paid less than he would have been in the US, his pay increased by about 40 percent when he joined Walrus Health, a San Francisco startup that has hired several developers out of Brazil.

“This is not an ad hoc solution,” CEO Kimball Thomas told Bloomberg. “We really want it to work long term, and we want to invest in it.”

Hiring company Deel reported that over the past few months, the number of foreign companies hiring from Latin America has increased by 156 percent. Pepe Villatoro, Deel's regional head of expansion, said that in addition to financial considerations, US employers enjoy the ”cultural similarities” found in Latin America because they allow workers to “hit the ground running."

And hiring from overseas isn’t such a stretch for employers now that they’re getting used to remote workers. “If I’m hiring a person in Cleveland, why not just hire a person in Bogotá?” said Josh Brenner, CEO of the New York job marketplace Hired, when interviewed by Bloomberg.

Related Article: Hybrid Work Is About Flexibility and Trust, Not Location

Executives Have a Renewed Focus on Talent

The Great Resignation’s impact is real. According to Randstad Sourceright’s 2022 Talent Trends Report, a quarter of business leaders said profitability declined as a direct result of the labor shortage and that they've been forced to reduce their level of service to customers because of it. What's more, the Conference Board has reported that the labor shortage is the top worry for US CEOs, taking a backseat to COVID-19 disruptions and a 40-year-high inflation.

The situation has reached a boiling point. To develop their bench strength, employers are having to think outside the box. Some 80 percent participating in the Randstad study said they find seeking talent beyond immediate geographical barriers to be a useful approach. Plus, 71 percent plan to shift more roles to contingent, project or contract status to get work done. That’s an increase of 15 points in the past year.

Overall, 84 percent of business leaders are now focusing on improving the employee experience as a differentiator to attract and retain talent. The challenge going forward will be to bridge the gap between talent strategy goals and execution. That's because 75 percent of executives believe reskilling is an effective way to combat talent shortages, according to the report, but only 29 percent invest in ways to do so. And despite 86 percent claiming diversity, equity and inclusion is embedded in their talent strategies, just 43 percent said their hiring practices in 2021 supported diversity efforts.

Related Article: How Gig and Freelance Workers Can Support Your Workforce Strategy

Understanding what employees seek out of their work is important to winning the talent war. Doug Leonard, CEO of the Nashville, Tennessee-based interview platform Clovers AI, said workers who aren’t satisfied with their jobs will not hesitate to go online to find a better opportunity — anywhere in the world.

“Technology is allowing all of these choices to be available to people no matter where they live," he said. "And it’s going to continue.”

Leonard said the pandemic has transformed the talent acquisition space to create what he calls "geographic fluidity.” Not so long ago, people searched and took jobs that were within a reasonable distance of their home. But times have changed. Employees are willing to move for better opportunities, enhanced quality of life and lower cost of living, so employers had to adapt.

Leonard believes geographic fluidity will continue because people want it. Employees and candidates insist on not trudging to an office, and they’re less likely than ever to put up with an onerous commute.

“The Great Resignation is real, and people have choices,” Leonard said. "People are saying, ‘Look, I don’t need to go and commute into Manhattan every day and take a train for two hours a day if I don’t have to.'"