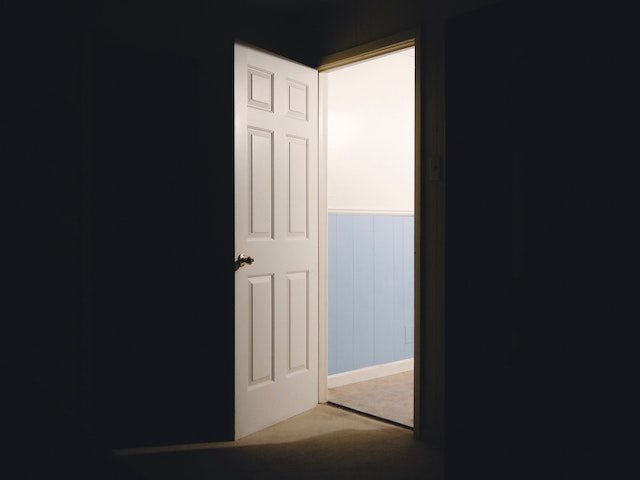 Are We Going Back to the Office or Not?

In the recent article "Why Remote Working Will Not Become the New Work Model," reporter David Roe predicts that more of us will be headed back to the office than originally projected. Why’s that? Well, for a variety of reasons, ranging from the detrimental effects of extended isolation, to poor home working environments, to burnout emanating from the at home, always-on work experience.

I find this surprising. Not too long ago experts were predicting work would never be the same again. And with good reason. For starters, we've seen huge investments being made in work from home infrastructure, including powerful at home computers, enhanced high-speed internet connectivity and greatly expanded home delivery services. Simultaneously, employers have closed offices to reduce capital expenses and workers are saving valuable time and money by eliminating their commute. The result has been a huge increase in productivity, at least for those companies and employees who survived the pandemic.

Looking at these factors, going back to the office doesn't seem to make much sense. So why did the KPMG 2021 CEO Outlook Pulse Survey quoted in Roe’s article find that only “17% [of surveyed CEOs now] say they will downsize their company’s physical footprint, whereas 69% of those surveyed in August 2020 said they would do so?" Are today’s business leaders so fickle and short-sighted to change their minds over the course of just six months?

Which is it: are we wildly efficient and productive working at home? Or are we burned out, stir-crazy, cabin-fevered and barely holding on to our sanity, and getting back to the office will save us?

Of course, the answer is a bit of both, which is why the conventional wisdom de jour is we are heading towards a hybrid model of office work and telecommuting. A recent spate of articles touting the benefits of hybrid work support this argument, including the Wall Street Journal, the Washington Post, and Harvard Business Review, to name a few.

Haven’t we been here before? Like most everything that happens in our lives, what can we learn from history to help us predict how the chips will fall this time?

History of Working From Home (aka Telecommuting)

Working from home is not a new phenomenon by any stretch of the imagination. In his 1970 book "Future Shock," futurist Alvin Toffler predicted the day would come “when advanced technology and information systems make it possible for much of the work of society to be done at home via computer-telecommunication hookups.”

Two years later, NASA contractor Jack Nilles coined the term “telecommuting” in a book entitled "Telecommunications-Transportation Tradeoff: Options for Tomorrow." In the book, Nilles examines the implications of telecommuting on productivity, energy conservation and public policy and proposed the idea of moving “work to the workers instead of moving the workers to work.”

In 1979, in the midst of an ongoing shift from manufacturing jobs to information-intensive jobs, the chief economist of the Committee for Economic Development, Frank Schiff argued in the Washington Post that telecommuting could act as a counterbalance to the high cost of oil following the OPEC oil crisis. Of note are the technologies Schiff cited that would enable telecommuting, including hand-held "programmable" scientific calculators, computer terminals connected to telephone lines, portable dictation machines, microfilm readers and microfiche sheets (which would eventually lead to a paperless office. So much for predictions …).

In the article, Schiff addressed questions such as how to evaluate the contribution of work done at home, how to maintain the morale of isolated workers, and how to deal with at home distractions — sound familiar?

The 1980s saw the arrival of key infrastructure that could enable widespread telecommuting, such as computer modems, remote access software, and the expansion of the government’s ARPANET (the precursor of the internet), to name just a few.

Several federal government telecommuting initiatives appeared during the 1990s, such as the Interagency Telecommuting Pilot Project (1992) and the National Telecommunications Initiative (1996), which promoted remote government work. The simultaneous invention of the World Wide Web made sharing information over the internet possible across a host of disparate computer systems.

Yahoo!, a pioneer in work from home arrangements, gave telecommuting a shot, but ended up calling its employees back to the office in 2013 with an infamous memo written by CEO Marissa Mayer. Mayer wrote that “communication and collaboration will be important, so we need to be working side-by-side. That is why it is critical that we are all present in our offices. Some of the best decisions and insights come from hallway and cafeteria discussions, meeting new people, and impromptu team meetings.”

Mayer’s reasoning continues to be cited in arguments against working from home to this day. For example, face time with the boss has been correlated positively with chances for promotion; and since women are more statistically more likely to work from home, this pattern could lead to even further income and advancement disparity in the workplace.

Since 2010, a new generation of work from home technology has rolled out, including high-speed internet service, ubiquitous availability of mobile devices, new remote networking software, and cheap computer processing power.

Despite all the new technology, only 5.3% of US workers were working from home in 2018.

With this historical perspective in hand, we can now ask, “Is it different this time?” Can we expect different results from the 2020 forced telecommuting experience?

The 2020 Work From Home Experience: Is It Different This Time?

Every crisis, technology revolution or new opportunity has its unique characteristics. So the question to ask is “what is different this time?’ Specifically, was anything unique about the way business got done during the COVID-19 pandemic compared to past telecommuting attempts, and if so, will it endure post-pandemic?

I predict a definitive … not really.

First, let’s look at what isn’t different this time. Technology for remote working has been available for years. Maybe not as comprehensive as today’s tech, but it was good enough. Sure, Zoom, Slack and Microsoft Teams enabled businesses to continue working under remote conditions, but it wasn’t (only) the technology that made the difference.

Now, let’s look at what is different this time. Unlike past attempts at telecommuting, the pandemic mandated telecommuting for everybody. Unlike past attempts, this time there was no differentiation between office tenants who participated in face-to-face meetings and office chatter, while telecommuters working from home struggled to remain relevant in corporate dynamics. No, this time everyone was in the same boat. And that made the difference. Without an alternative, businesses were forced to be flexible with telecommuters and do what was necessary to impart a semblance of normal under these extraordinary circumstances.

Related Article: Return to the Office and Employee Experience Are Two Sides of the Same Coin

Signs of What's to Come

Writing from Israel, where vaccine and recovery rates have reached almost 70% of the population, things are largely back to normal. Restaurants, schools and gyms are open after months of closure. A vaccine passport system is in place that enables large public gatherings. Even outdoor mask mandates were cancelled this week.

So, I am not surprised to see some businesses calling workers back to the office five days a week. And I am not surprised to see traffic jams returning with a vengeance. Sure, many businesses are still working from home (at least partially), but the prospect of long-term, full-time telecommuting is looking less likely than originally anticipated. Will businesses go hybrid? It's likely in the short-term, but less certain in the long-term.

For one, some workers are eager to return to the office. The remote camaraderie fostered during the past year will likely evolve into something more similar from before the pandemic. As a social structure, business is not immune to these forces. Sure, we will see some change endure, like the reduction in business travel, as documented in the Wall Street Journal's "These Technologies Could Hold Back Business Travel Indefinitely." On the other hand, we will not continue to see big corporate deals closed without face to face meetings, like we did during the pandemic. Sure, due diligence can be done remotely, but when the stakes are high, people still need the human interaction to be sure.

Because another thing that remains the same this time is our collective short-term memory.