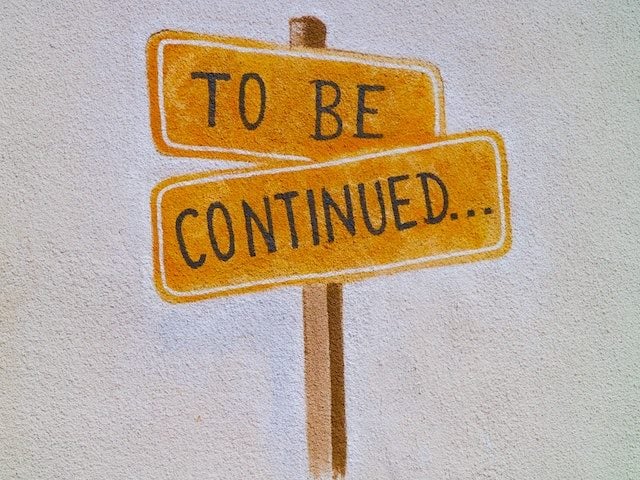 The Metaverse Will Develop Despite the Economic Downturn

The road to the metaverse was never going to be easy, not even for Meta, the tech giant formerly known as Facebook. But today, the war in Ukraine and the risk of a global economic downturn have compounded the challenge for everyone.

Meta has made big bets on the metaverse for its future growth, but this month it announced a hiring freeze and warned staff to brace for the downturn ahead. While CEO Mark Zuckerberg told staff there would be no immediate job losses, he also said that hiring is on hold and earlier plans to recruit 10,000 engineers were being revisited.

"If I had to bet, I'd say that this might be one of the worst downturns that we've seen in recent history," Zuckerberg told workers in a weekly employee Q&A session, an audio of which was heard by Reuters. The news agency has reported that Meta now plans to cut its hiring of engineers by at least 30% this year.

However, it goes beyond just cutting the number of hires. Meta is also leaving certain positions unfilled in response to attrition and "turning up the heat" on performance management to weed out staffers unable to meet more aggressive goals.

"Realistically, there are probably a bunch of people at the company who shouldn't be here," Reuters reported Zuckerberg saying in his recording.

While this may seem a bit harsh, one can easily assume that other tech companies are thinking the same. However, in the case of Meta, it begs the question as to how the downturn will end up affecting the plans for the metaverse.

What Is the State of the Metaverse?

The metaverse is not yet a reality and remains a vision of the future, said Andrew Selepak, program coordinator of University of Florida's Master of Arts in Mass Communication program with a specialization in social media. Virtual reality is the future, but it is a long-awaited future that isn't likely to be here soon.

Multiple companies other than Meta have been working on the metaverse because of the potential it offers beyond social media and marketing. Proponents expect it to revolutionize almost every industry, from health care to entertainment. But envisioning the concept is one thing. Actually building the metaverse takes time, resources and money.

With inflation at 40-year highs, many companies are cutting back spending to focus on the most immediate of needs. This means cutting investments in the promise of the metaverse. At the same time, Facebook users are spending less time on the platform, with younger users not using it altogether, which is further cutting into Meta's bottom line.

“We will see companies putting fewer resources toward the metaverse in the short term during the current recession,” Selepak said. “[But] they will not make public statements about the shift so as to not hurt stock prices and worry investors that resources have been spent on a virtual world that is farther off than promised."

Related Article: How the Metaverse Will Usher in a New Era of Collaboration

The Metaverse Is Healthy

Economic headwinds may slow down the development of the metaverse, but we should expect Meta to open up the throttle once again as soon as the path is clear. That's not only because the company views the metaverse as the future, but also because it is something Zuckerberg wants. And the past two decades have taught us that what Mark Zuckerberg wants he will build, buy or copy.

Eric McGee, senior network engineer at Spring, Texas-based TRGDataCenters, said the future of the metaverse is not at all in jeopardy, even if metaverse companies are likely to take a hit in the immediate term. Some companies are already vying to define the area, carve out their niche and even own virtual real estate, while others are coming to grips with the idea that we're likely to eventually spend more time in a 3D version of the internet.

A recent Accenture survey showed 71 percent of surveyed global executives believe a move to the metaverse would have a positive impact on business, and 42 percent said they believe it will be breakthrough or transformational. This is compounded by research from JP Morgan which shows that the metaverse will permeate every industry in the upcoming years, creating the largest economic opportunity since the internet's inception, with a market opportunity worth more than $1 trillion in yearly profits.

All of this is expected to be enabled by ongoing technology developments that outweigh the impact of the economic cost of investment in a weak economy. Some of those advantages include:

Related Article: The Metaverse Sure Feels Like an Enterprise Thing

The Use Case for the Metaverse Remains Despite Doubts

That research aside, skepticism remains that the metaverse can deliver on its promises. The current economic environment is further fueling doubts about when the concept can realistically be expected to come to life. But Nick Agar, founder of blockchain company AXIA, said opinions of innovative concepts like the metaverse should not fluctuate solely based on economic or market trends.

“If you firmly believed that the metaverse was the future six months ago, why should that have changed? The technology, use cases and possibilities all remain,” Agar said. "Meta does have cause for concern, but more so because it’s very difficult to go from a company that generates its revenue from tracking and accumulating data on its users to all of a sudden changing your name and trying to claim you’re the new trusted face of Web3.”

Ultimately, Agar said, if an organization believes it can offer or create something that provides real value to businesses and people, it should have enough conviction to keep building and investing in the idea, regardless of market conditions.

Related Article: Why Web3 and Web 3.0 Are Not the Same

The Rise of Web3

Prashant Kelker, chief strategy officer and leader of digital advisory services at IT service management company ISG, said we should not read too much into Meta's hiring freeze. The worst case scenario, Kelker said, is that it will cool down the metaverse fever for a while, but not forever.

“The tempering I expect may show up in retail and hospitality industries. This will help companies take a step back to better structure their approaches for the B2C metaverse,” he said. “On the other hand, the opportunity of AR/VR remains, though it shows up in other areas. We hear many B2B/industrial metaverse ideas from our clients that remain valid, irrespective of Meta's plans. Industrial metaverse applications bring concepts like digital threads and digital twins to life.”

This cool-down is also likely to force companies to take a broader look at Web3 beyond the metaverse. While the mass market has been focused on the metaverse, the under-the-radar topic on some corporate agendas has been Web3. Token economies, digital assets and digital identity remain critical topics.

“Web2 took six years to mature, I expect Web3 to take two to three years, and we need to be ready," Kelker said an ISG client told him. "Otherwise, we will be forced to play catch up.”

Meta’s recruitment freeze is newsworthy for many reasons, but it is not necessarily an indicator of the end of large-scale investment in the metaverse.