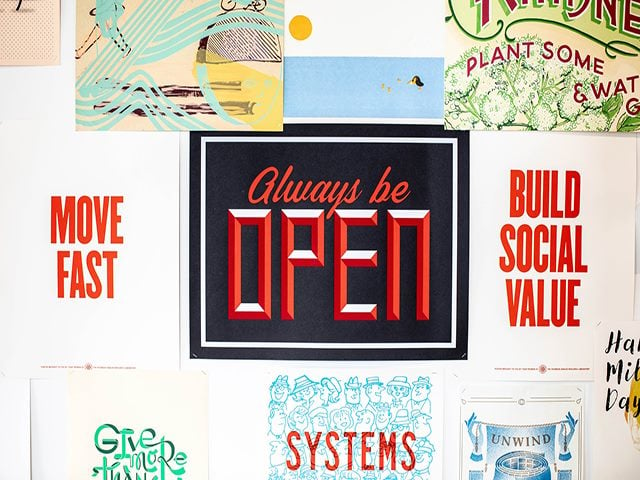 The Era of 'Company Before Self' Is Defunct

Corporate values are often, at best, a kind of dorky way of describing the way a company operates or acts. At their worst, values represent the grave errors organizations made (or are currently making).

Somewhat infamously, Enron’s values of communication, respect, excellence and, yes, integrity were rightfully mocked in the aftermath of the company's implosion. Everyone at Enron knew these values. They were plastered everywhere across offices and in the annual reports, which is also where they ended.

This is not intended to take down corporate values, but rather to share context on why there is skepticism about their influence on how employees act. While they may not always be behavior drivers, they can, nevertheless, be meaningful in understanding how companies view their employees.

Thank goodness for Meta, the company formerly known as Facebook. Through its well publicized moves, the company makes it much easier to make points about what to do and what not to do. In this instance, it's definitely in the latter category.

These values are a mix of well-intentioned guidance (e.g., be direct and respect your colleagues) and some cringe-inducing immeasurables (e.g., build awesome things). Nearly everything on the list can be considered plain decency and normal corporate behavior, but the last value raised more than a few eyebrows.

Related Article: Why LinkedIn Is the One Good Social Network

The inspiration for the last value, “Meta, Metamates, Me” is a riff on the US Navy’s order of priorities: “Ship, Shipmates, Self.” Mark Zuckerberg explained it in a Facebook post:

But Meta is not a ship in the ocean, nor is it part of a command-and-control branch of the highly coordinated US armed forces representing the military might of more than 300 million people. It is a highly distributed company working on various initiatives, its most successful being social networks and communications tools that make money via ad revenue.

It’s worth contrasting the two entities because they are nothing alike. Taking inspiration from how a Navy ship runs isn’t relevant to a workforce that expects more bottom-up decision-making and more care for their wellbeing. The order of the words in the value is explicitly done to make sure that everyone is putting the company first. Where does your partner, family, friends, community and other interests rank in this value? It’s no coincidence that it doesn’t show up here.

It would be one thing if Meta had a reputation for benevolence toward employees it expects to prioritize the needs of the company first. But from its strong-arming of whistleblowers, its lack of care about its role in the global community and its disregard of employees and contractors, the company may not be so deserving of the benefit of the doubt. To be fair, few companies are.

But employee experience is about prioritizing the experience of employees, knowing that they ultimately deliver products and services that customers want and that shareholders and investors value. Putting the company before the needs of your coworkers or yourself is antithetical to a great experience.

While companies might be under the illusion that this will result in better outcomes, putting people first is a more sustainable, long-term strategy for company success. Reversing those values would lead to Meta taking a big step forward in gaining the trust of its workforce.