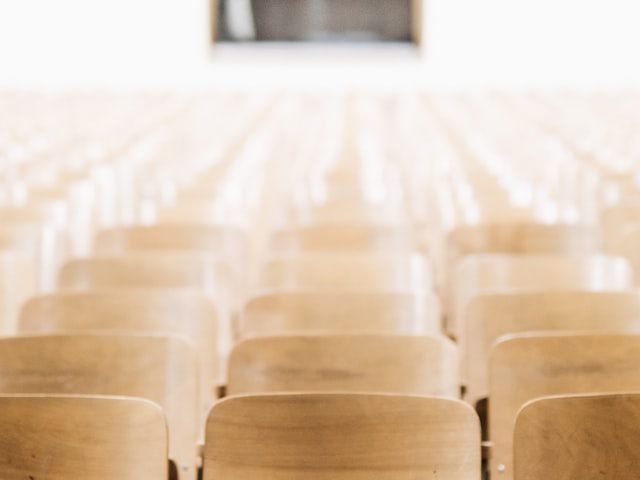 While many Americans were closing up shop for the Labor Day holiday, the US federal government moved to shut down anti-racism training.

At the direction of President Trump, Russell Vought, the director of the Office of Management and Budget, signed a memorandum on Sept. 4 directing federal agencies to identify all training sessions that focus on “white privilege” or “critical race theory” and immediately take steps to cancel them, labeling them "divisive" and "anti-American propaganda."

Lest there was any confusion over the motive, Vought put that to rest when he tweeted “the days of taxpayer funded indoctrination trainings that sow division and racism are over.” The President himself called critical race theory “a sickness that cannot be allowed to continue.”

It’s also beside the point. Diversity training doesn’t change behavior. Employers have to look much deeper to solve inequity in the workplace, especially as work shifts from in person to online, from analog to digital, and from slow and predictable to fast and ever-changing. It's challenging work in the best of times. In the midst of a massive pandemic-fueled transformation of work, it’s even more so.

Related Article: What Corporate Social Responsibility Looks Like in 2020

Critical race theory, which argues that racism is perpetuated through enduring cultural and legal systems, and white privilege, the idea that white people benefit from racist systems, have become a large part of the dialogue in part due to the popularity of Ibram X. Kendi’s 2019 book “How to Be an Anti-Racist” and the publication of Robin DiAngelo’s “White Fragility” in 2018. The killing of George Floyd by a Minneapolis police officer in May 2020 and subsequent widespread Black Lives Matter protests brought the topics to the fore.

In practice, the narrow argument Vought is attempting falls apart. It’s difficult, likely impossible, to have a real conversation about diversity in the workplace while ignoring the major ideas driving contemporary thinking. But the practical argument isn't the point. The symbolism is what matters.

Labeling discussion of white privilege as anti-American and calling anti-racist training divisive is more significant for the message it communicates. It says that these are not problems of importance. It says there's no need to be uncomfortable.

For some white people, including me, white privilege can be a tough pill to swallow. I recall attending my first diversity conference a decade ago at the World Bank headquarters in Washington, DC where the running theme of several conversations was the problem with corporate leadership is that it’s "stale, male and pale."

It didn’t feel good to be singled out by race and gender. It didn't feel fair. But it gave me a taste of how women and people of color have felt for a long time now. The idea of white privilege is upsetting when you feel like you’ve worked hard and no one has given you anything. That doesn’t mean it doesn’t exist.

The Role of Government and the Role of Corporate America

The truth is companies have far more power to make real change in workers’ lives than the feds. Short of signing new Congressional bills into law, the President has limited ability to affect societal change. He can mandate that federal agencies and contractors who want to work with them fulfill certain requirements, as President Obama did when instituting a federal minimum wage in 2014.

Those actions have a direct effect on private employers who do lots of business with the government. For the rest, it's more symbolic than real. Corporate America is a much bigger change agent. Private companies in the US employ approximately 119 million workers compared to just over 3 million federal government employees.

And the signs indicate that corporate America gets it. Following the social unrest and widespread protests after the killing of George Floyd, many companies stepped forward to pledge their support for racial justice generally and the Black Lives Matter movement specifically.

Google, Facebook and Apple pledged millions of dollars to fund programs and initiatives, though all three have had their share of concerns around discrimination in the workplace. Retailers from Walmart to Target to Home Depot pledged to fund internal racial equity programs and support external organizations like National Urban League. Time will tell if this commitment leads to lasting change inside corporate America.

Whether that's the case or not, these moves are part of a building trend of corporate activism. In 2016, then AT&T CEO Randall Stephenson forcefully defended Black Lives Matter and stressed the urgent need for frank conversations about race in the workplace in an internal meeting that was eventually leaked publicly. Starbucks, in 2018, shut down its stores to address high profile incidents of racism and train employees to identify and address conscious and unconscious bias. The company went on to share that training with the public.

Tim Ryan, PwC’s US chairman and senior partner, released the firm’s first diversity report last month, and publicly pledged that one-third of new hires would be Black or Latino and half of all partners will be women or people of color. Clearly, big business is catching up.

Related Article: 4 Ways to Embrace the Challenges of Diversity in the Workplace

Training Is Not the Answer to Diversity Challenges

But here’s the thing: Diversity training doesn’t work, at least not in the way many employers hope it will.

Beyond the rhetoric and sensationalism, the thing to remember is that diversity training, as much as it has been made into a hot-button issue, is not actually all that effective in creating real and lasting change.

In fact, diversity training can backfire, with some studies showing it can activate rather than eliminate bias, and others showing that even when effective the results don't last. Further, the effect tends to be cognitive rather than behavioral, meaning people become aware of the problem but don't change their behavior as a result. There's debate over whether antiracism training, the focus of Vought's memo, actually works.

That’s not to say training isn't worth the effort. It’s just not enough to create real change. And that's what gets lost in the political debate. Questions of efficacy are reasonable. Saying the subject is anti-American is not.

Racism is a long-term, persistent problem in American society. It's deeply enmeshed in systems of cultural and institutional power. There are no easy answers and no single solution.

Like any persistent challenge, it's going to require a sustained, multi-faceted response for meaningful progress. Beyond training, organizations should address:

Training can help people understand why they act the way they do. It can even make them more aware of how those actions are perceived by others. But knowledge itself seldom changes behavior. I know too much sugar is bad for me but that doesn't stop me from scarfing down a doughnut, or two or three.

There’s some promising work being done using VR to develop soft skills and apply diversity and inclusion concepts. VR and simulation vendors are figuring out how to use the technology to fulfill its promise as an "empathy machine" that creates the kind of emotional reaction that leads to lasting behavior change.

But behavior change is only good in so far as it is accompanied by change to organizational systems and processes. Again, there are some promising developments. Real-time performance management systems, feedback mechanisms and learning in the flow of work make it easier to address behavior change in the moment when it can have the greatest effect.

But organizational change also requires we acknowledge that systems of hiring, pay, promotion and opportunity are discriminatory. That’s not an academic argument. They’re deliberately designed that way so companies can find, select and reward employees who they believe will deliver outsized value. Where they go wrong is when they value one particular group of people over another. Technology isn’t necessarily the answer to human weaknesses. Bias in AI-fueled recruiting systems is real.

Real and lasting change takes time for reflection and revision. It also takes courage. Change starts at the top with leaders who take ownership of the challenge, as PwC’s Ryan has done. He co-founded CEO Action for Diversity & Inclusion, a coalition of 1,200 CEOs who have pledged to advance diversity and inclusion in the workplace.

Progress will be slow, it will come in fits and starts and it will at times seem like it’s going backward. That's part of the process of becoming better. The rapid pace of digital transformation we're experiencing isn't making it any easier.

But refusing to tackle a difficult problem? That sounds positively unAmerican.