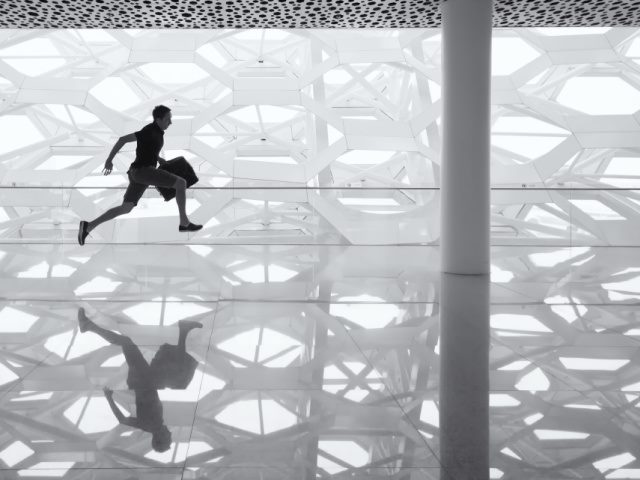 How Blockchain Is Enabling Digital Transformation

Blockchain is not a new technology despite much of the hype about it in recent months. What is somewhat new is what's behind the hype. It's being driven not by the technology itself, but rather its applications and the digital workplace tools it enables.

Blockchain in the Digital Workplace

Enterprises have been quick to see the benefits of blockchain beyond its role with bitcoin. Last year, for example, India-based Tanla Platforms launched a new communications platform-as-a-service with Microsoft which was blockchain enabled and built on Microsoft Azure.

Early last year, Ivan Kot, a consultant at Itransition, a Denver-based software development company, said that the technology is already an integral part of digital transformation plans for many organizations. As large blockchain projects continue to transform the financial industry, he said we can expect other industries to catch up.

In fact, the only surprising thing about blockchain is that it hasn’t evolved further in the digital workplace, even if it is now near to becoming mainstream. Keep in mind that the first decentralized blockchain was conceptualized by a person (or group of people) known as Satoshi Nakamoto in 2008. There are historical and technological reasons in both the technology itself and in the often haphazard way enterprises have implemented digital transformation strategies that explains why traction has been slow.

But that’s all changing.

Related Article: What is Web3 and What Does It Mean for the Workplace?

Increased Confidence in the Workplace

When considering the impact of blockchain within the digital workplace, Dom Profico, executive vice president and chief technology officer at Waltham, Mass.-based Mobiquity, said it helps to start by considering where an immutable ledger might be valuable to either an employer or employee.

Examples include instances that require employers to audit the activities of their employees, whether that is tracking entrance and exit from physical doors or implementing audit logging in operational environments.

“Where blockchain technologies might be employed in these instances that make it distinctly different from existing approaches is the method to attach the log entries back to the employee themselves,” Profico said.

With the use of digital signatures for committed entries, employees can use their corporate authentication credentials or chip-enabled digital ID cards to apply their unique digital signature to entries, reducing the risk of counterfeit or otherwise inaccurate entries, and providing an increased level of confidence for both the employer and the employee.

Building a Backbone of Data

Blockchain technology is here to stay, said Scott Perry, principal for crypto and digital trust services at Tampa, Fla.-based security and privacy compliance assessor Schellman, but as part of an emerging layered architecture of applications in the digital workplace.

Industrial strength open-source blockchain technology has been built and pilot tested in the last five years, and proven that its data components have value in a marketplace that craves authentic, verifiable and trustworthy transactions, Perry said. The cryptographic properties of data within a blockchain creates traceability within transactions, a key property in a world fraught with fraud, spoofing and anonymity.

He pointed out that blockchain is emerging as the desired data backbone for applications that depend on provenance or authenticity of origin, such as diamonds, liens, titles and verifiable credentials that are being transferred from physical wallets to secure mobile wallets containing digital credentials. These credentials, such as driver's licenses, passports, health passes, health insurance cards and loyalty credentials with be the passports to the emerging digital economy.

“This emerging technology has the promise to revolutionize a person's identity in the digital workplace and allows for the transformation of in-person transactions limited in time and space to the far reaches of the metaverse,” Perry said.

In fact, over the past two years, major governments have endorsed digital life technology. Governments in the UK, EU and Canada, among others, are building digital trust frameworks that establish fair and inclusive rules regarding how these digital applications can be operated and accepted. It has sparked the technology industry to invest in building out the architecture but key components still need to be built.

Related Article: Where the Metaverse and the Digital Workplace Meet

Blockchain is not just building confidence in the digital workplace. It is also opening new markets for those organizations that have successfully implemented a digital transformation strategy, said Joaquin Ayuso de Paul, head of labs at the San Francisco-based advanced global payments platform Nium.

"Developments in blockchain technology have helped open new markets for the digital workplace," he said. "Ranging from NFTs to web3 communities to digital currencies, blockchain-based technologies have given the digital worker a host of new opportunities to explore and make a living."

In today’s world, digital-only employees are dependent on salaries. While some have been able to eliminate that dependency by becoming freelancers, the overhead of having to market services and bill clients can be overwhelming.

To address this, as well as similar challenges in today's digital economy, Web3 is building a new ecosystem of communities who have raised vast amounts of capital. These communities have jobs to be done, and the way to achieve this is via task-specific payments and "bounty hunting" offerings.

“The new generation of the web3 workforce no longer depends on one specific employer, but instead, has the freedom to choose the tasks they want to work on and the bounties they believe they can do better than anyone else,” Ayuso de Paul said. "As a result, an individual's income comes in the form of a stream of payments from multiple sources and communities, as automated by the blockchain."

Related Article: What Web3 Can Bring to the Digital Workplace

The Future of Blockchain in Enterprise Businesses

The predominant focus of blockchain technology to date has been in the development and deployment of cryptocurrencies, tokens and other digital asset mediums with little impact on corporations and workplaces, said Travis Hoyt, chief technology officer at Minneapolis-based NetSPI, an information security provider.

But that is changing, Hoyt said, as companies start to look at the advantages of blockchain technology in areas of enterprise focus such as process flows, automation and simplification.

The result is that the blockchain market is expected to grow 68.4% over the next five years and become a key technology investment across the enterprise. There’s a substantial increase in hiring for blockchain-related skills, a number that is expected to continue to grow.

The innovations that stem from adoption of this technology will create unique opportunities, Hoyt said, but also come with risks that many organizations are not ready to address. Blockchain-based architectures share many similarities to traditional architectures, web applications and APIs, and the underlying infrastructure is largely the same or very similar. But the introduction of a distributed data plane, smart contracts and consensus models will have a notable impact on the threat model for those deployments.

“It is clear that blockchain technology is here to stay,” Hoyt said. "As cities start to leverage it, or as corporations and governments look at its potential of operational efficiency, the allure of immutable data and the ability to have perfect transactional recollection increases."

Data will also become easily accessible, he added, and will be a powerful driver of innovation.